Looking back 60 years to 1962, we are reminded of some FIRSTS, LASTS, and SELDOMS in San Francisco history. Here are some scenes from 1962 in the over 54,000 scanned photos in the FREE online OpenSFHistory archive, with more to come. 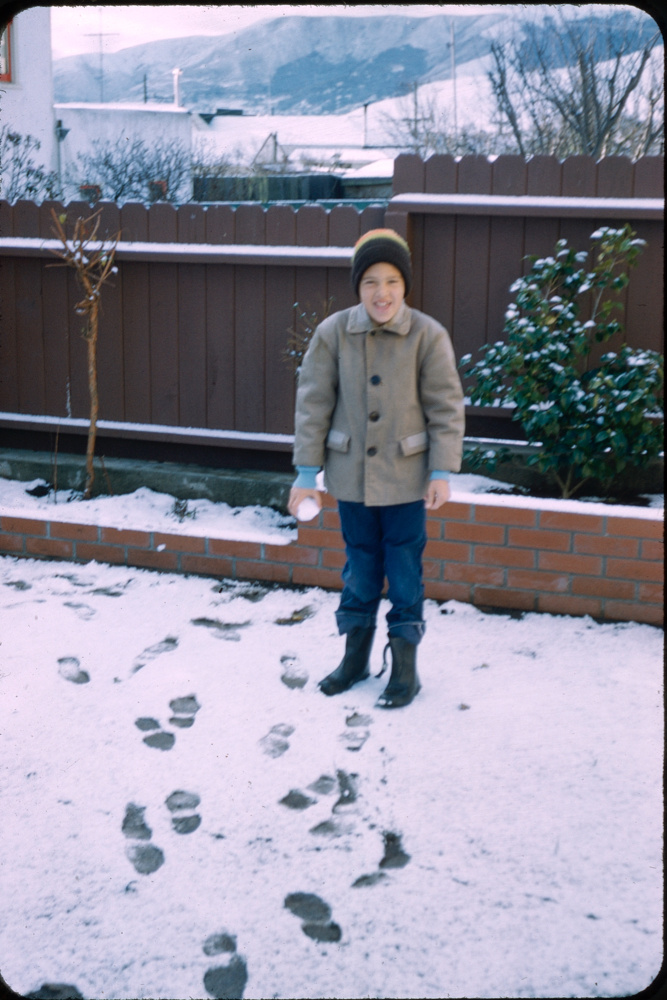 On Sunday, January 21, 1962, an unseasonably cold weather front brought significant snowfall to the Bay Area, right down to sea-level neighborhoods. For most kids alive at the time, this was the most significant snow they had ever seen, including the young man shown here. 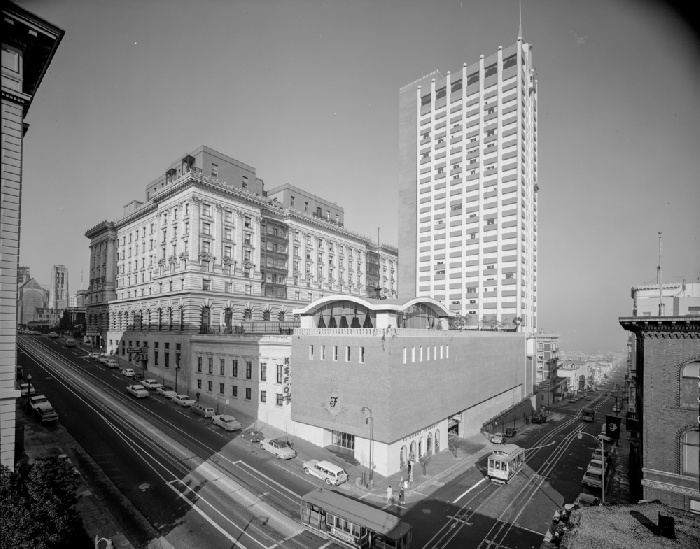 Elevated view of Fairmont Hotel from California and Powell, February 2, 1962. (wnp14.4526; Courtesy of a Private Collector)

Early 1962 saw the completion of the Fairmont Tower and Crown Room addition to the 1907 structure, thus significantly expanding the hotel’s capacity, just as the tourism industry began to boom. Singer Tony Bennett crooned “I LEFT MY HEART IN SAN FRANCISCO” for the first time in 1962. 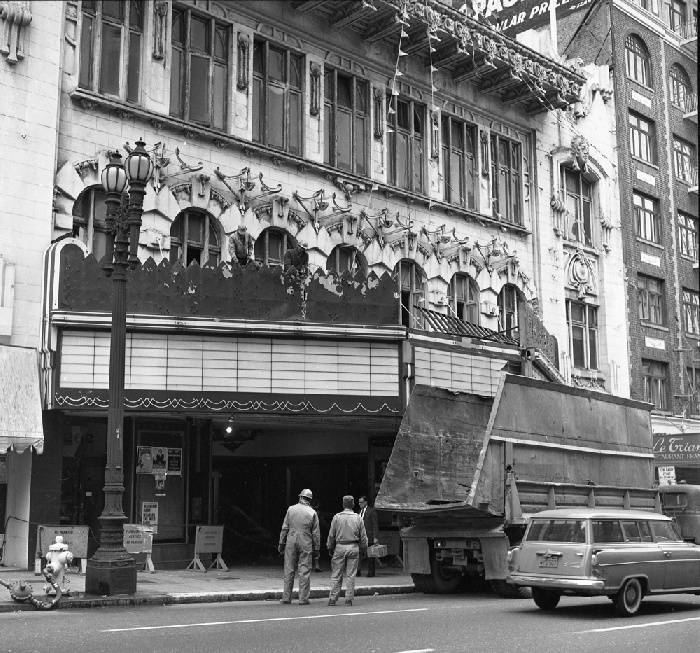 The year 1962 was not a good one for San Francisco movie houses. Demolition began in February of that year on O’Farrell Street’s Alcazar Theatre, shown here, which was soon replaced by the Handlery Motor Inn. Across town on Irving Street in the Inner Sunset, the 1926 Irving Theatre showed its final film that summer before closure and demolition. On nearby Market Street, the Fox was just one year away from the same fate—an urban trend that was set to continue steadily for the next few decades. 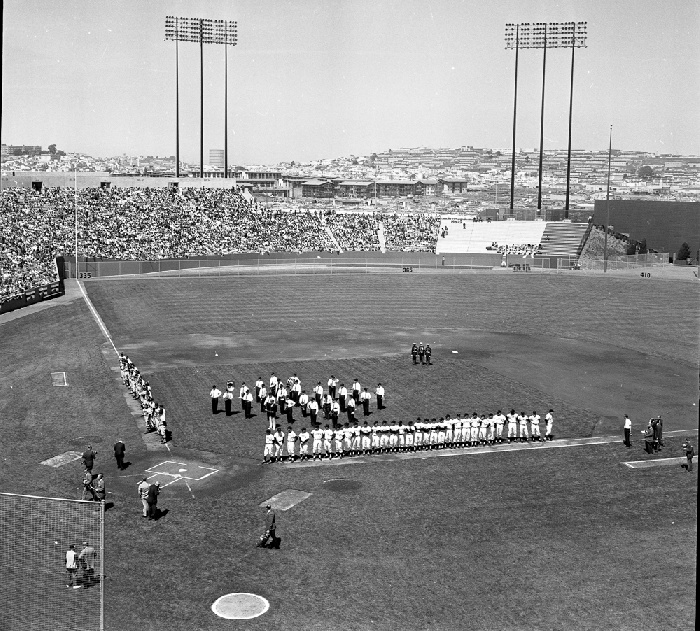 Opening Day at the 2-year-old, pre-expansion Candlestick Park was held on April 10, 1962. It was going to be an exciting year for the San Francisco Giants. 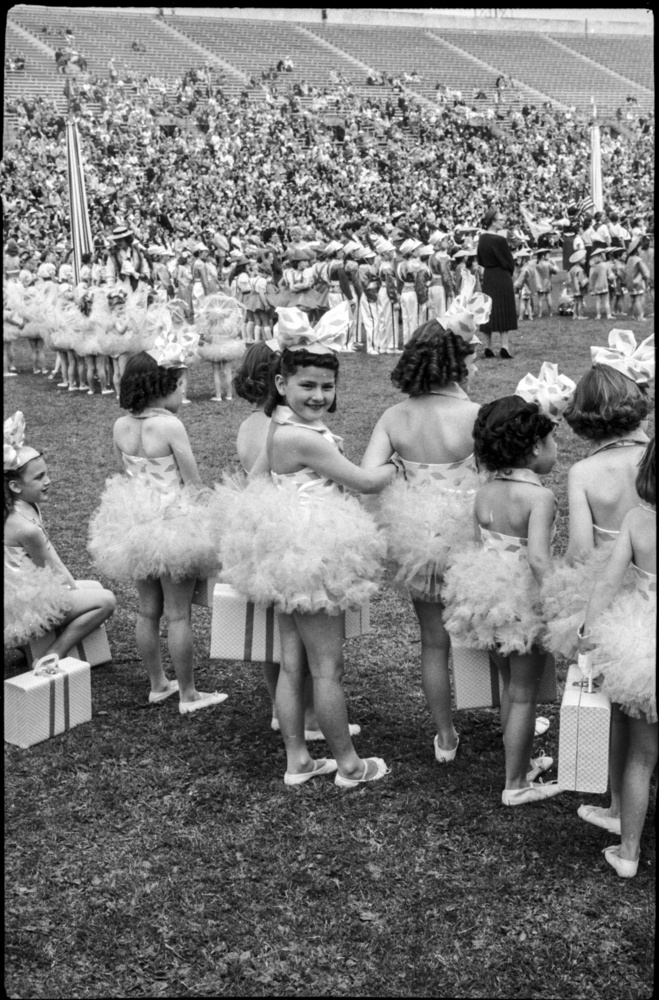 In 1962, San Francisco still celebrated May Day with a public dance pageant at the original Kezar Stadium. 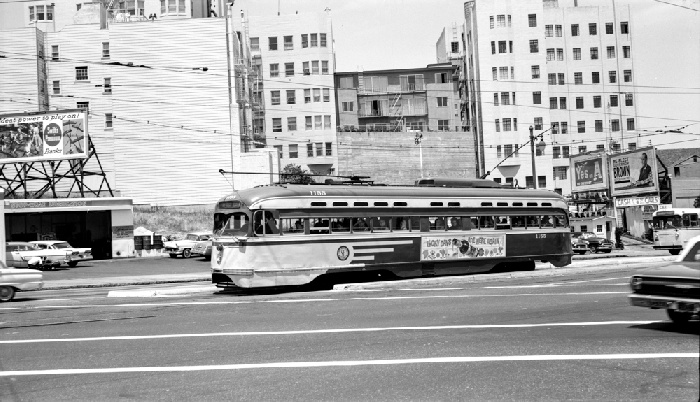 The corner of Duboce & Market in May 1962. Ten years later it was torn up for construction of MUNI Metro’s Church Street station, and by the early 1980s, most of the streetcars were operating underground. The billboards disappeared by 1990 and the gas station was gone by 2013. The corner is now home to a new 10-story residential tower completed in 2014. 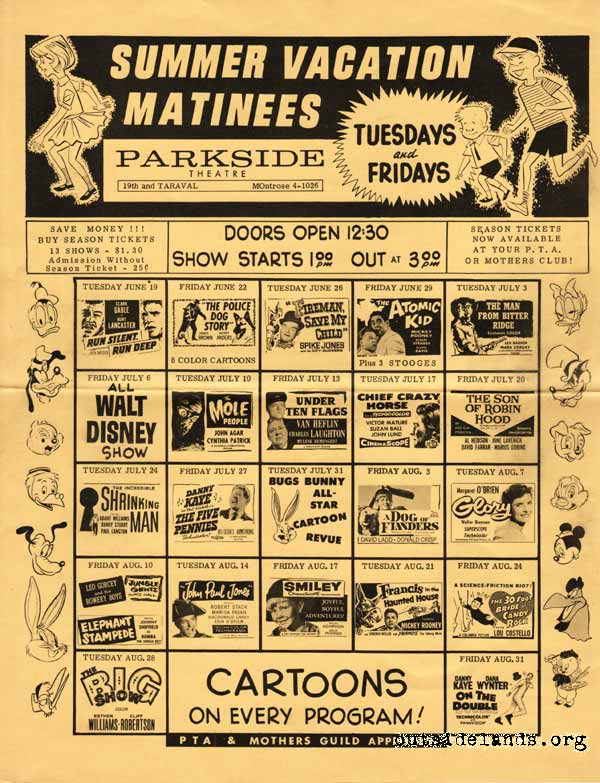 Summer at the Parkside Theatre offered a summer program that was a real bargain—13 shows for the total price of $1.30. Many Moms were delighted to get the kids out of the house for a full afternoon of entertainment at a cost of just one thin dime. 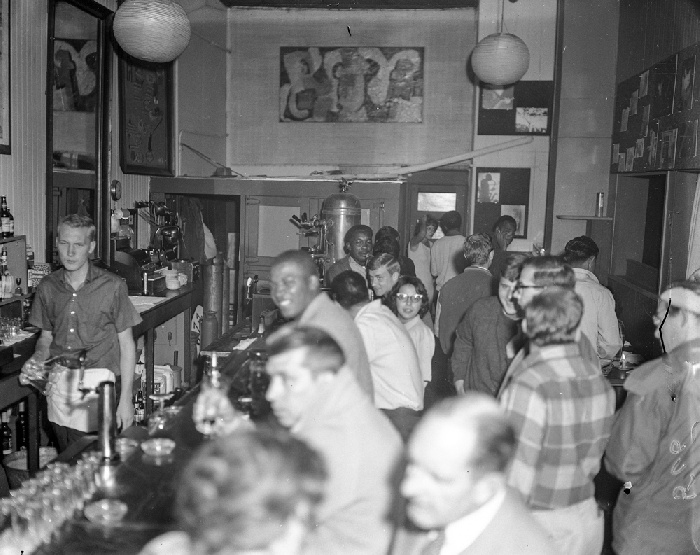 Herb Caen reportedly coined the term “beatnik” in the late 1950s, and by 1962, many North Beach establishments were at the center of the City’s “Beat” culture. 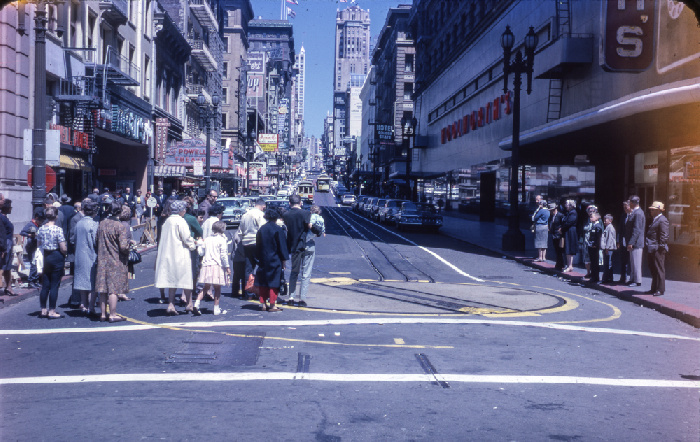 In the summer of 1962, cable cars were still largely regarded as transportation for local residents. The cost was the same as other MUNI vehicles—just 15 cents a ride at that time. Even at the height of summer, shown here, there were no block-long lines of camera-toting tourists. 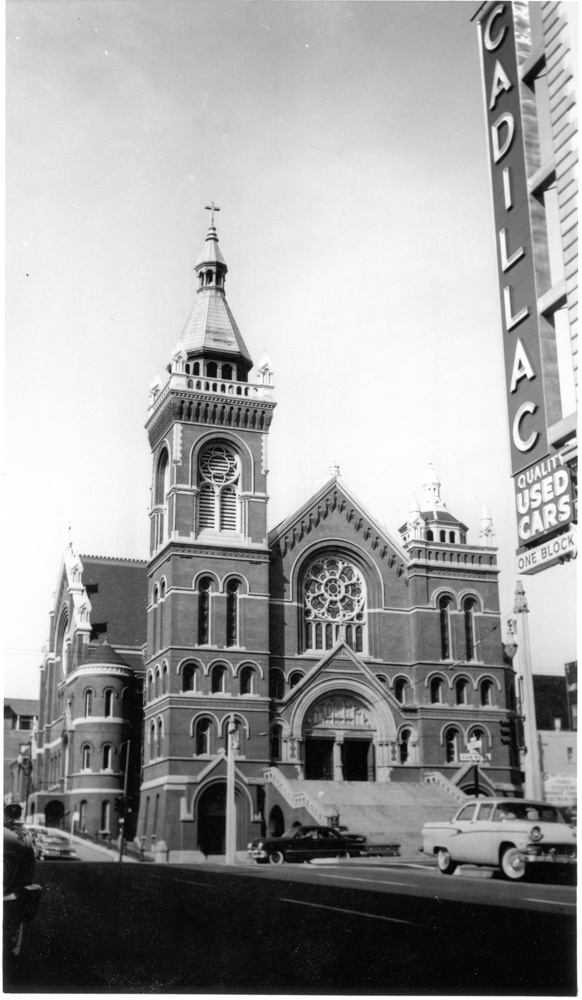 St. Mary’s Cathedral on Van Ness Avenue at O’Farrell Street opened in 1891 as a much larger replacement for Old St. Mary’s at California Street and Grant Avenue which had opened in 1854. In September of 1962, the 70-year-old cathedral burned in a spectacular arson blaze that could be seen from the East Bay. The site selected for its replacement was nearby at Geary and Gough, and the new cathedral opened in 1971. 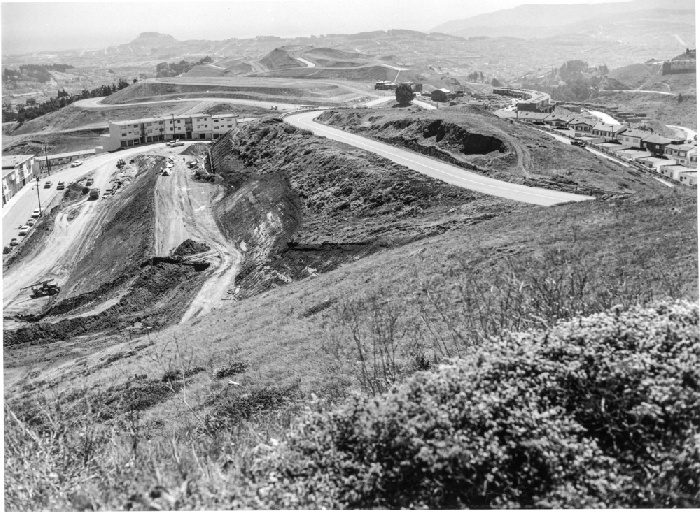 In the Fall of 1962, streets were being laid out in San Francisco’s newest residential neighborhood, Diamond Heights. 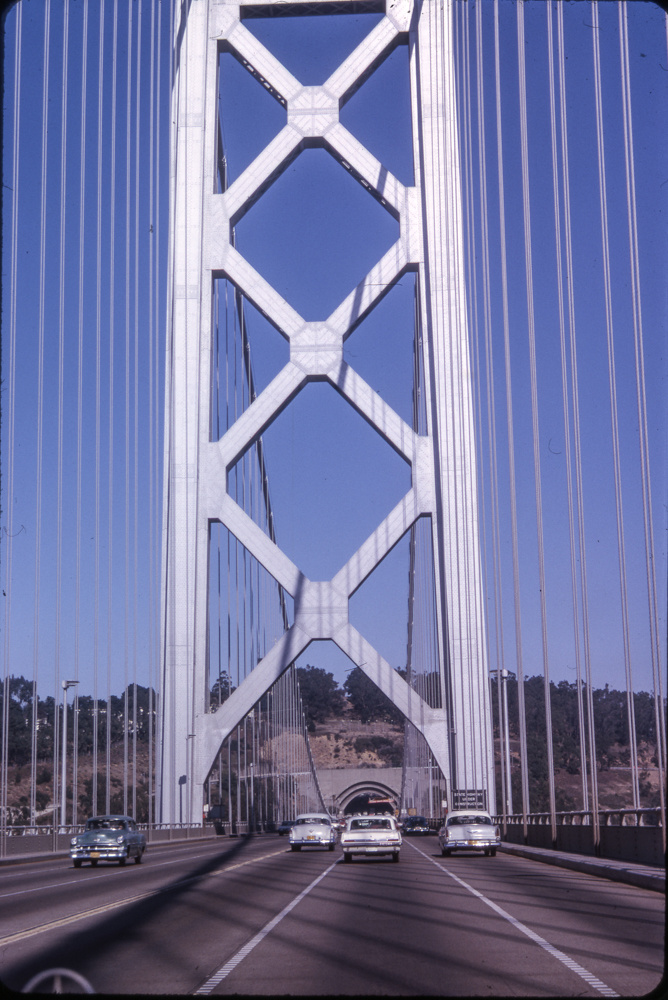 In 1962, preparations were underway to implement one-way traffic on each level of the Bay Bridge—westbound on the upper deck and eastbound on the lower deck. During the construction period, modifications had to be made to increase the height of the tunnel through Yerba Buena Island. In this October 1962 image just before completion, traffic approaches the “hump” in the roadway at the entrance to the tunnel, which was a traffic nightmare for commuters in pre-BART times. 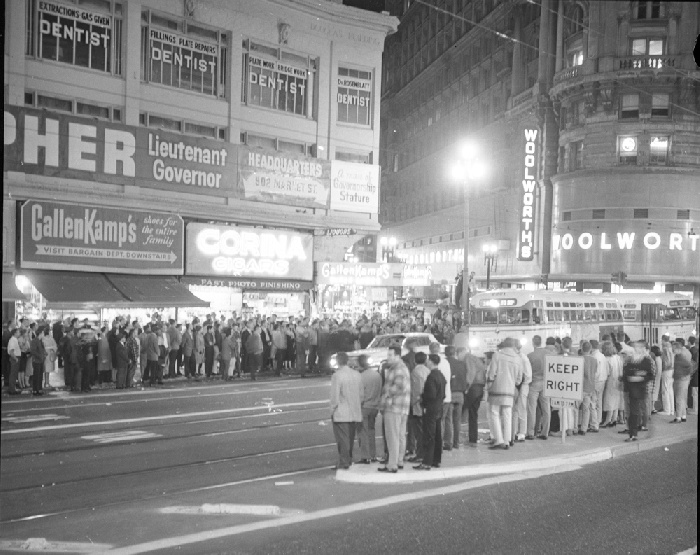 The San Francisco Giants win over the Los Angeles Dodgers to clinch the National League pennant brought out thousands of fans to cheer the team on during a nighttime gathering on Market Street at Powell in October of 1962. Douglas Building at left was demolished later in the 1960s to make way for Hallidie Plaza and the entrance to BART/MUNI’s Powell Street station. 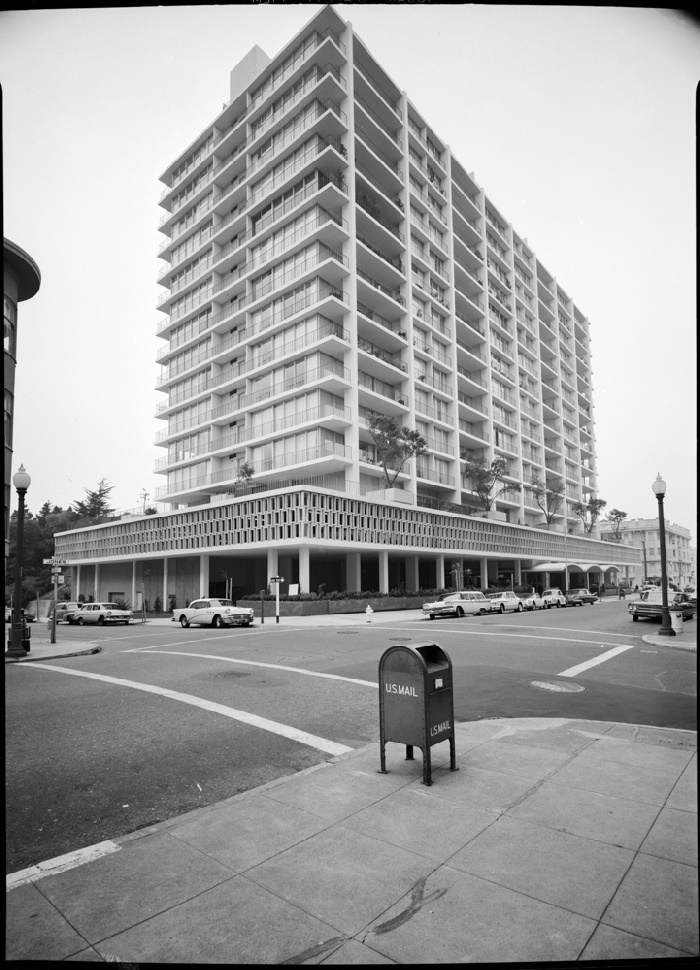 The 1960s saw the opening of several major apartment and condominium structures in San Francisco, including the Clay-Jones building shown here in 1962, just one year after its completion. Other large projects included Fontana Towers (originally with one building offering rental units while the other featured units for sale) plus Eichler’s 999 Green, the multi-building Golden Gateway Center near the Embarcadero, and multiple high-rise residential buildings on the newly developing Cathedral Hill. 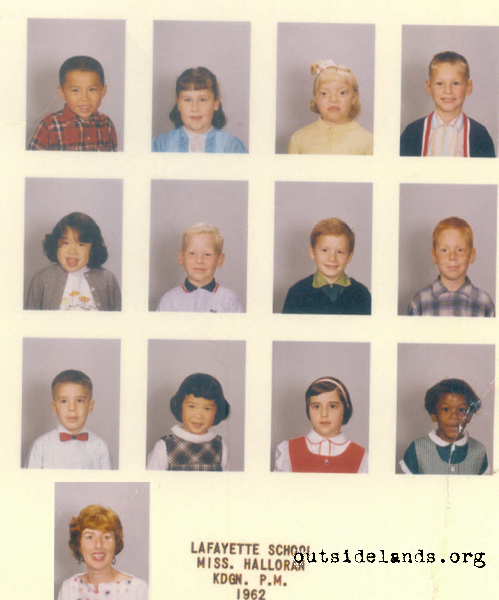 By the fall of 1962, Kindergarten classes were growing considerably smaller in many San Francisco schools versus classes of 20+ students that were the standard in the 1950s. This change was due to a general downtrend in the birth-rate and also to the fact that more families had begun relocating to the suburbs.