Over the years, many well-known people have visited San Francisco, and have attracted appreciative crowds. In several of those cases, many in the audience desired to obtain autographs from the celebrities that they had come to see.

Department stores and independent local book shops were frequent locations for such autograph events involving writers, but those venues are fewer in number today. Still, authors, politicians, baseball fans, and Hollywood stars all still welcome an opportunity to sign autographs for the public.

Here are some memorable images from the OSFH photo archives showing individuals who have accommodated their fans at various events over the years. 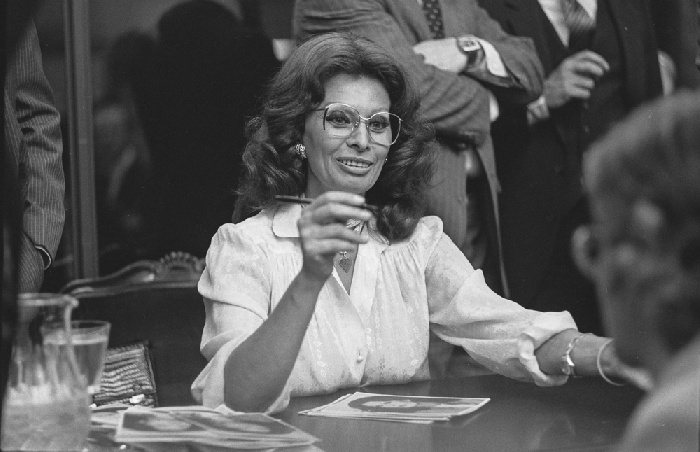 SOPHIA LOREN – Sophia Loren (b. 1934) published a cookbook, IN THE KITCHEN WITH LOVE, in January of 1972, and she held autograph events in many cities, including this one in San Francisco. 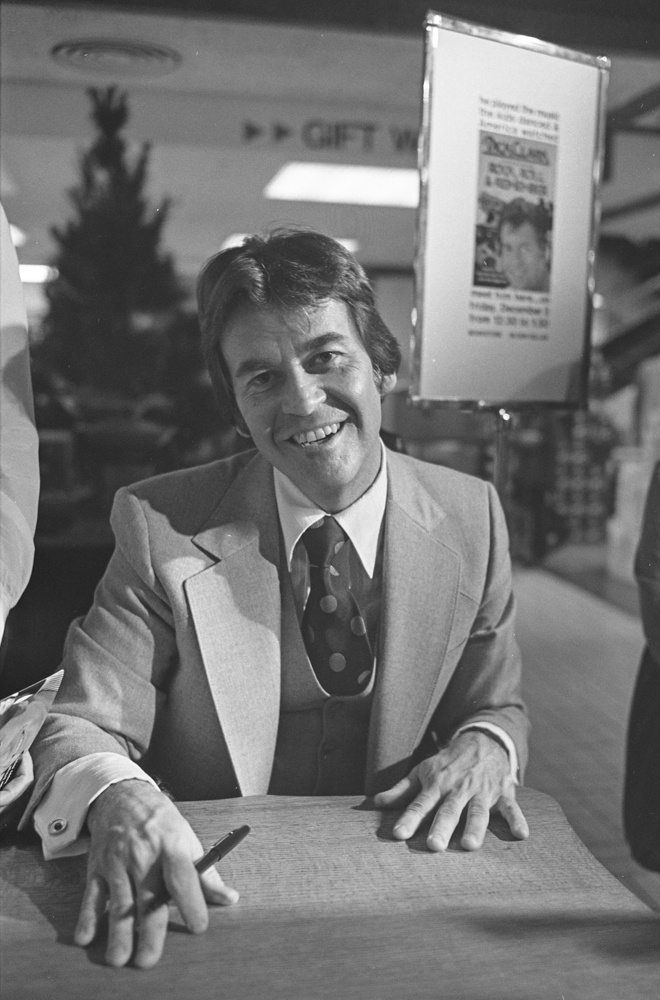 DICK CLARK – TV celebrity Dick Clark (1929-2012) at an autograph event for his then-new book ROCK, ROLL & REMEMBER at the Emporium during the holiday shopping season in November of 1976. 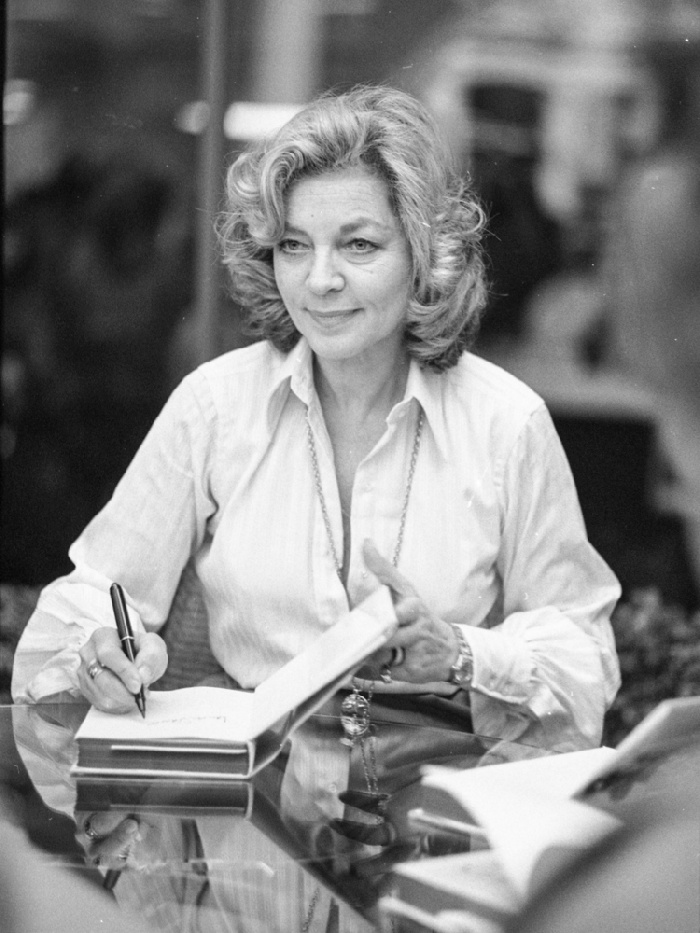 LAUREN BACALL – Actress Lauren Bacall (1924-2014) autographing her 1978 autobiography BY MYSELF in San Francisco in 1978. The book that included details of her courtship and marriage with noted Hollywood actor Humphrey Bogart (1899-1957) who was 25 years her senior. 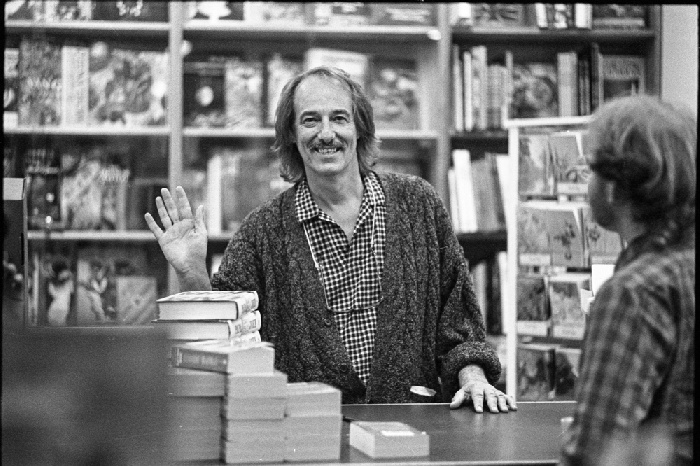 JOHN PHILLIPS – John Phillips (1935-2001) of the Mama and the Papas folk musical group appeared at Booksmith on Haight Street during a San Francisco autograph event for his book, EXPLORING THE FUTURE, in 1983. 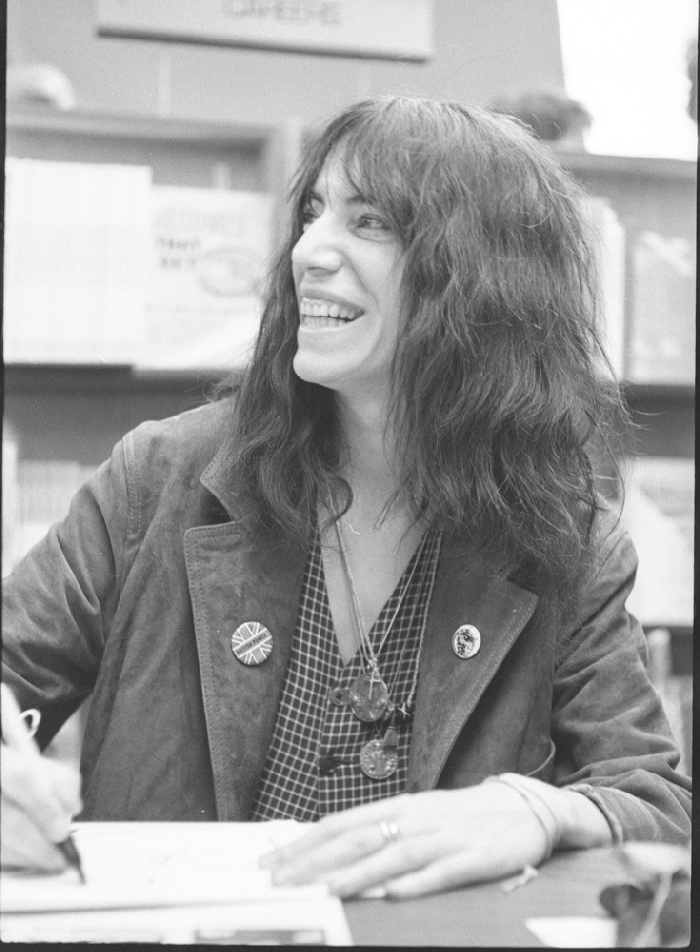 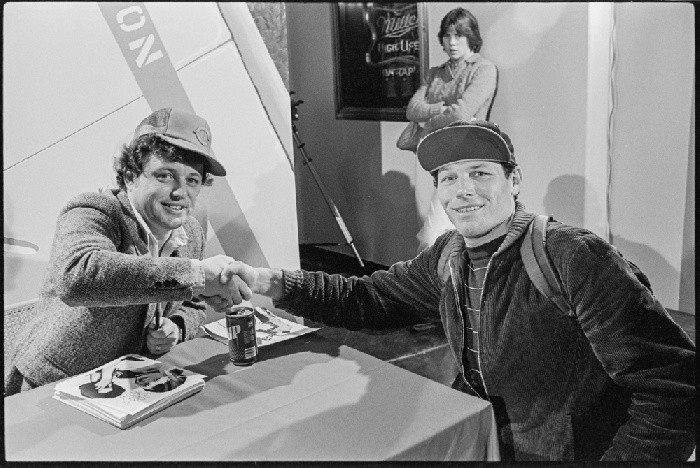 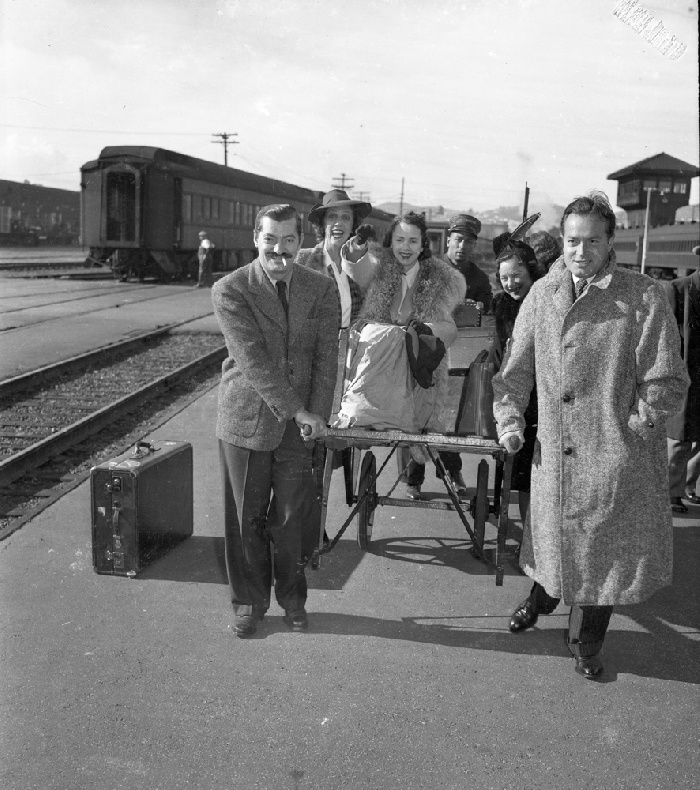 BOB HOPE – Bob Hope (1903-2003) at right, arrives at Southern Pacific Station at 3rd & Townsend Streets on May 19, 1942 with a Hollywood entourage to entertain service members as part of a cross-country tour to raise money for the Army and Navy relief funds. Unlike Presidential, Royal, and Papal visits over the years, Hollywood stars were more than happy to provide autographs to all. 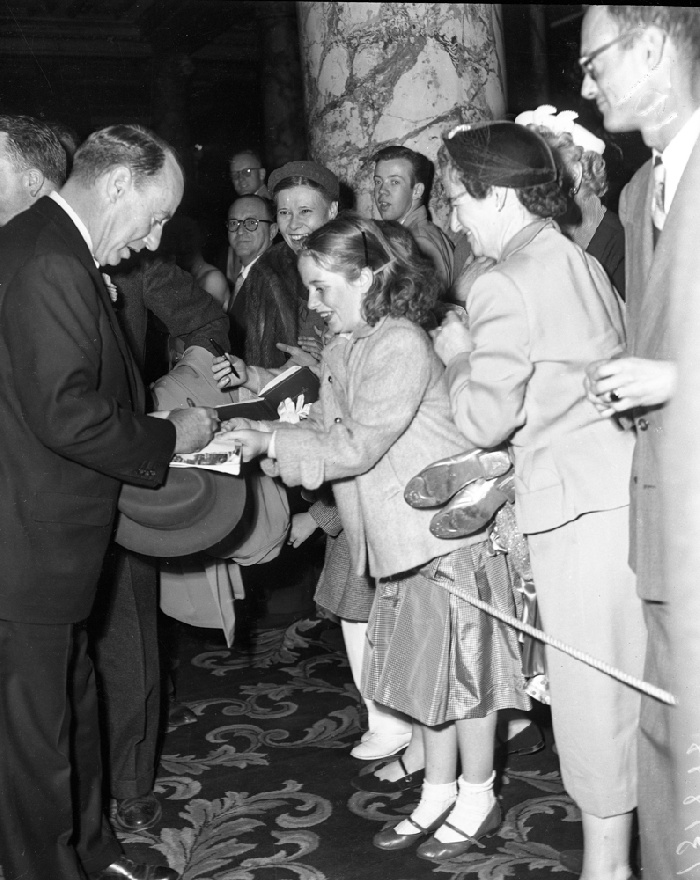 ADLAI STEVENSON – Adlai Stevenson II (1900-1965) was the Governor of Illinois from 1949-1953 who was the Democratic nominee for President in 1952 and 1956 and who south the nomination again in 1960. Here, in the Fall of 1952, while visiting San Francisco, he is shown signing autographs for an appreciative crowd, likely at the Fairmont Hotel. He was subsequently appointed United States Ambassador to the United Nations, and died in 1965 while holding that office. 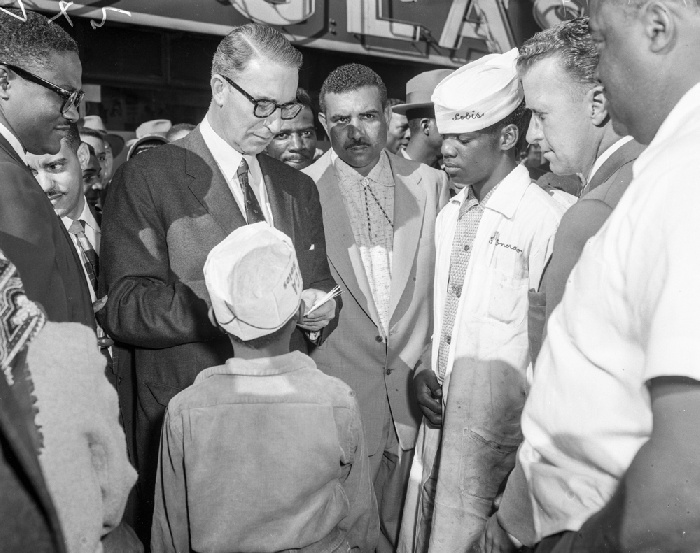 ESTES KEFAUVER – Tennessee Senator Estes Kefauver (1903-1963) signs autographs at the corner of Geary and Fillmore in 1956, while campaigning for the Democratic nomination for President for the second time. Kefauver was defeated for the nomination at the convention by Illinois Governor Adlai Stevenson, the same candidate who had also beaten him for the nomination in 1952. In 1956, Kefauver was chosen as Stevenson’s VP running mate, but the ticket was not successful. 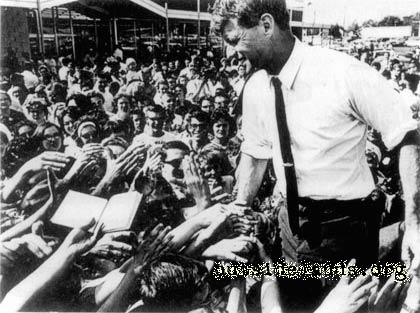 ROBERT F. KENNEDY – Autograph books are being thrust at Presidential hopeful Robert F. Kennedy (1925-1968) at GET-Lakeshore Plaza near Sloat Boulevard in 1968, shortly before his victory in the California Democratic primary in June of that year and his subsequent assassination. The original Lucky supermarket in background, built in 1948 with its back wall facing Ocean Avenue, was later demolished and a replacement store built in a new location on the site parallel to Everglade Drive. 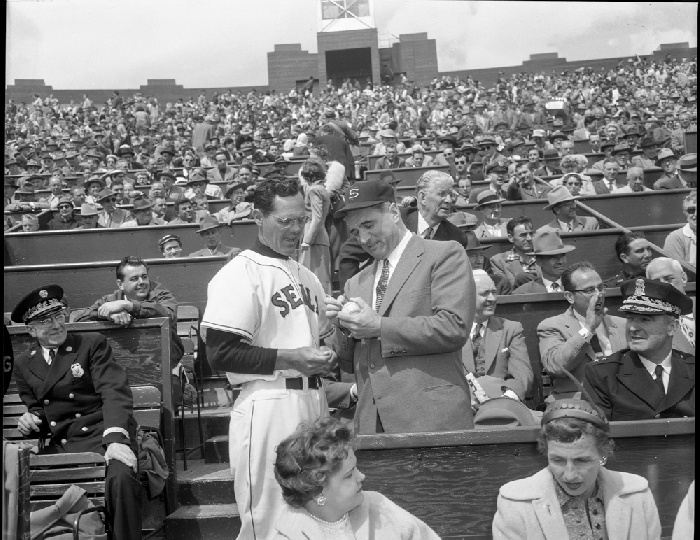 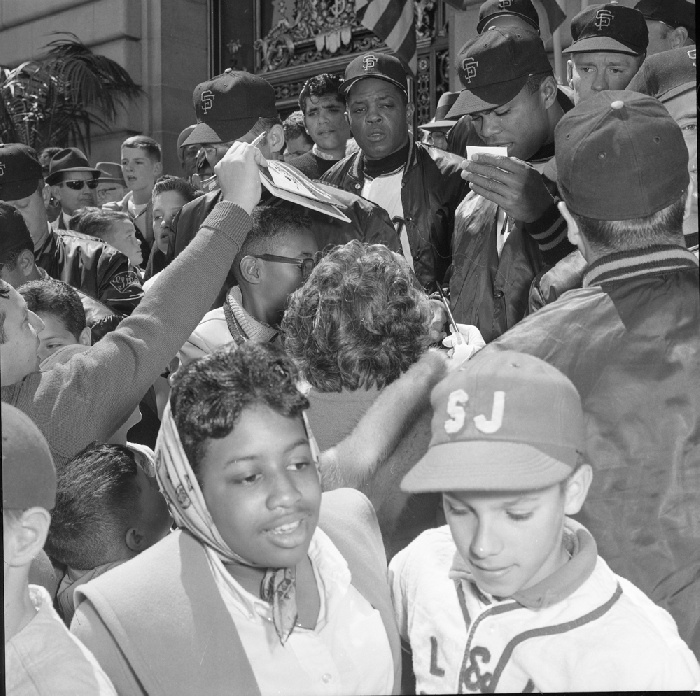 WILLIE MAYS – Appreciative fans surround Willie Mays (b. 1931) and his teammates on the steps of City Hall in the Fall of 1962 after the Giants won their first National League title since moving to San Francisco. The team went on to the World Series that year, but lost to the New York Yankees in the 7th game. 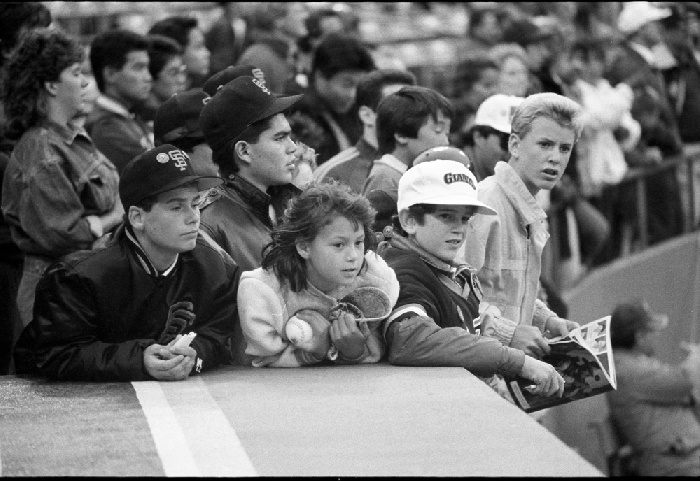 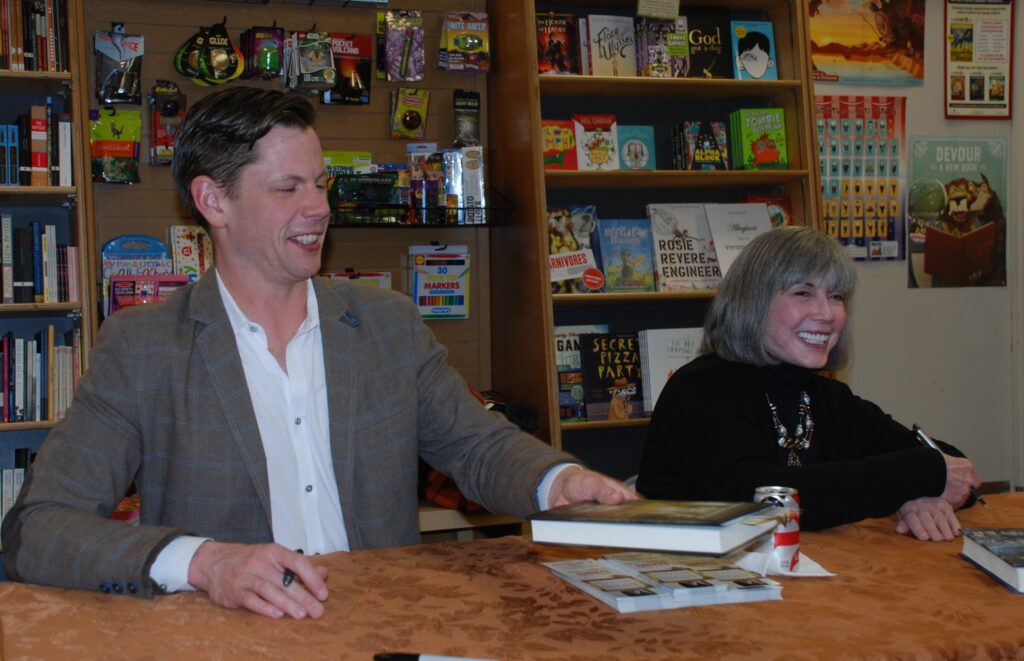 ANNE RICE – Gothic author Anne Rice, famous for her Vampire Chronicles series and many other books, lived in San Francisco and the Bay Area for nearly 30 years and obtained an M.A. degree from San Francisco State in 1970, where her husband Stan Rice later became an instructor. Their son Christopher Rice also grew up to be a writer. In November 2013, Christopher and Anne visited Books, Inc. on Van Ness Avenue to sign copies of their books, The Heavens Rise (Christopher) and the Wolves of Midwinter (Anne). Even after she left the Bay Area, Anne Rice frequently came back on book tours. 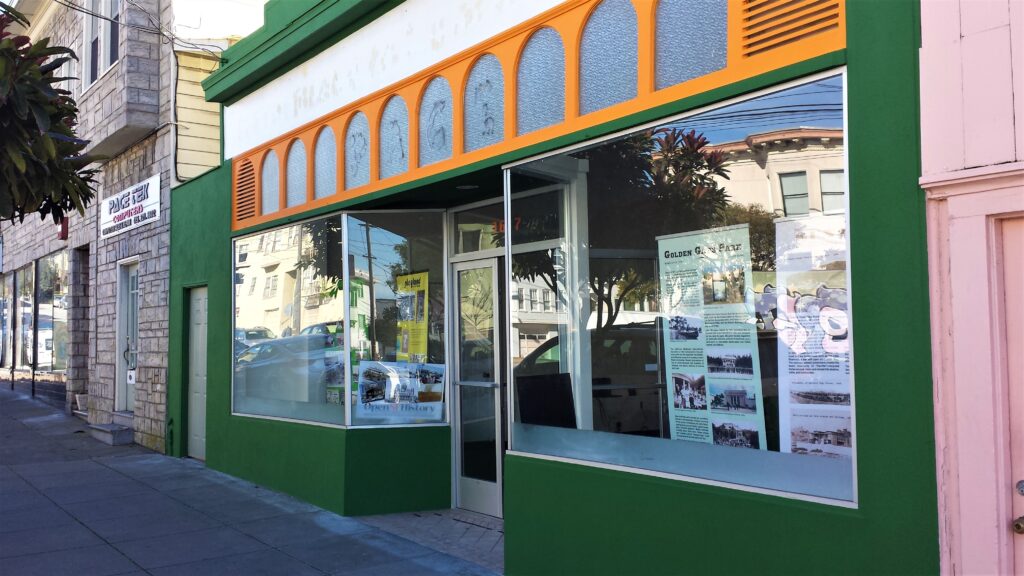