Eamon de Valera was the Taoiseach (Prime Minister and head of government) of Ireland from 1937 to 1948 when his party lost the election and he became the leader of the largest opposition party. Although de Valera, who led Ireland even before the 1937 Constitution that made him Taoiseach, was no longer in charge, he still wanted to use his influence on the pressing issue of partition. He therefore set off on a world tour to seek support on the issue. The first stop was the United States, which included San Francisco. 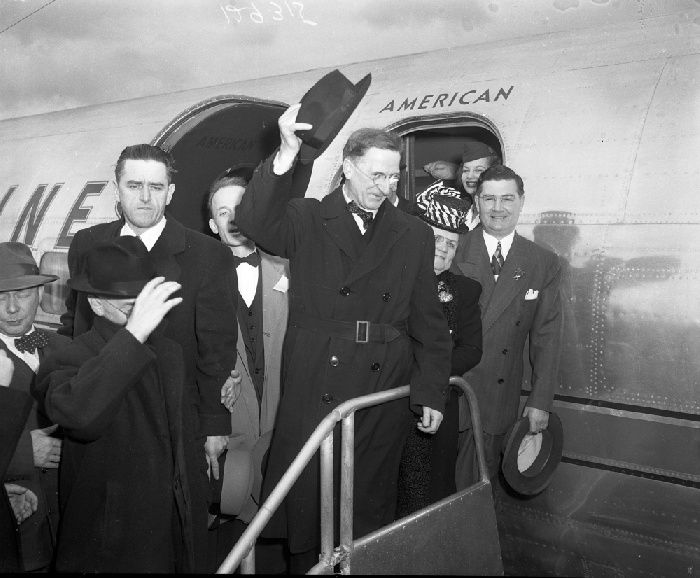 When de Valera arrived aboard the “Arkansas Queen,” American Airlines’ flagship plane, on Friday, March 12, 1948, he was met by a crowd of about 200 people.1 An official welcoming committee that included Ireland’s local consul, Patrick Hughes and local Irish politico George Reilly, was there to greet him. Others there included local Catholic priests, prominent Irish San Franciscans, and some of de Valera’s army comrades who fought alongside him in the Irish revolutionary and civil wars. 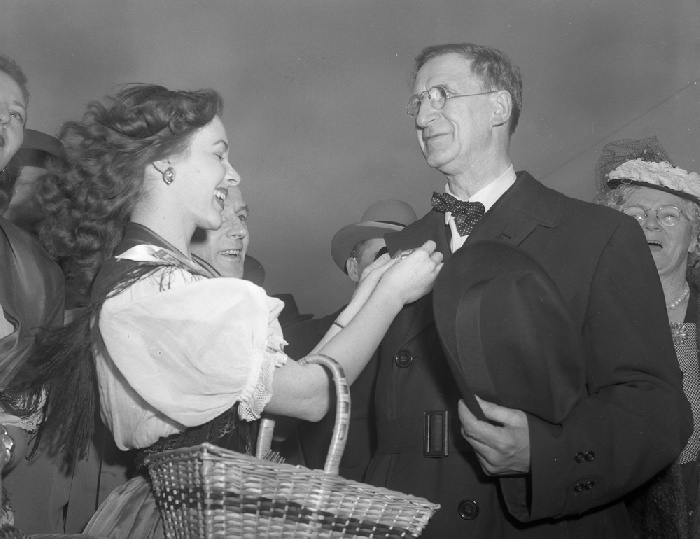 Working his way through the crowd shaking hands, de Valera stopped to warmly greet Reverend Ralph Hunt, the pastor at St. Peter’s Church and successor to Peter C. Yorke, the noted Irish-American priest and Irish Republican and Labor activist, who died in 1925. After making his way through the crowd, de Valera was taken to a limousine and driven to the Hotel Whitcomb where he held a press conference. 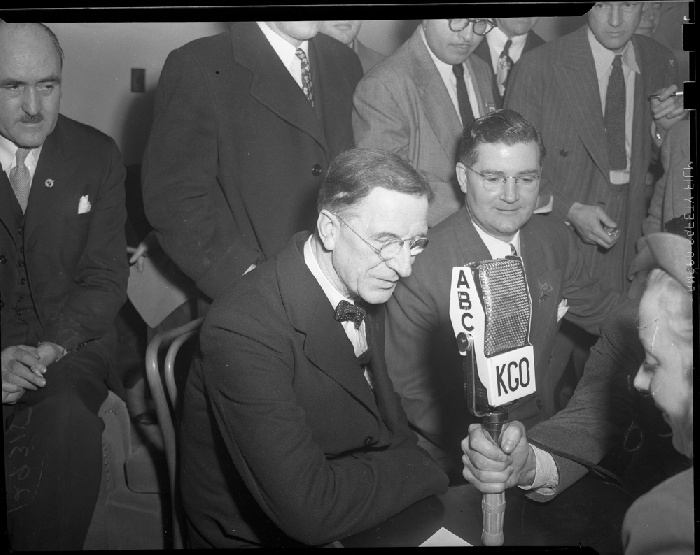 Before the press, de Valera reported that conditions in Ireland were good and defended his country’s neutrality in World War II.2 It wasn’t long though before de Valera got to his main topic. He blamed the partition of Ireland on “devious British gerrymandering” and stated that the six counties of Northern Ireland were not governed “in accordance with the wishes of a majority of the people.” 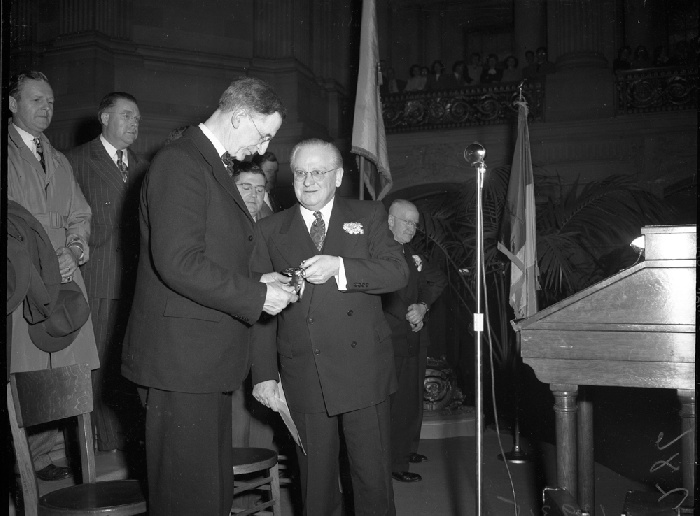 After the press conference, de Valera headed to City Hall for a reception with civic leaders. San Francisco mayor Elmer Robinson presented him with a gold key to the City that was inscribed in both English and Gaelic. It was the second key to the City he had received as Mayor James Rolph had given him one during a 1930 visit. Mayor Robinson said the second key was in case de Valera had “misplaced” the first one and that it showed that “the hospitality of San Francisco is yours, as it always will be.” De Valera gave thanks to “those who gave us such effective help…in the struggle for freedom.” 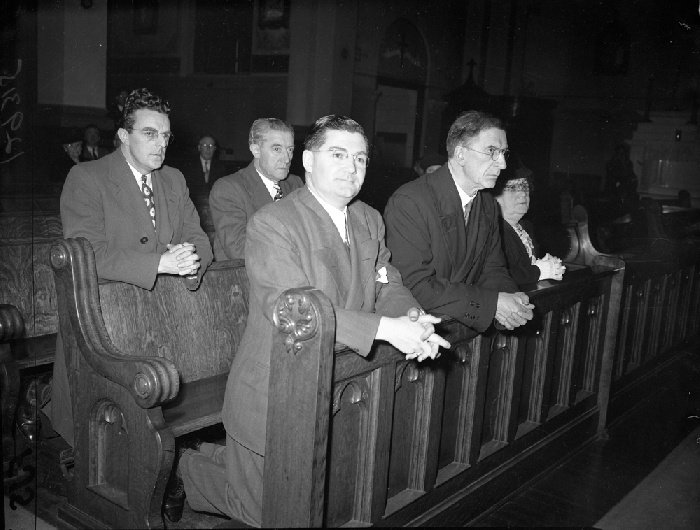 The whirlwind first day was followed by a morning mass at St. Joseph’s church on Howard Street. De Valera then lunched with the St. Joseph’s clergy, had another press conference, and then a meeting with Irish Freedom League officials. On Sunday, March 14, 1948, de Valera served as the grand marshal of San Francisco’s St. Patrick’s Day parade. In a car with Mayor Robinson and California Governor Earl Warren, they led the parade down Market Street to City Hall.3 A crowd estimated at 100,000 celebrated along the route. That night at the Civic Auditorium, de Valera, stating that he was speaking for the Irish people although he was no longer their leader, again thanked San Francisco for its “moral and material support for the Irish cause since 1919.” He again condemned Britain for the partition of Ireland. 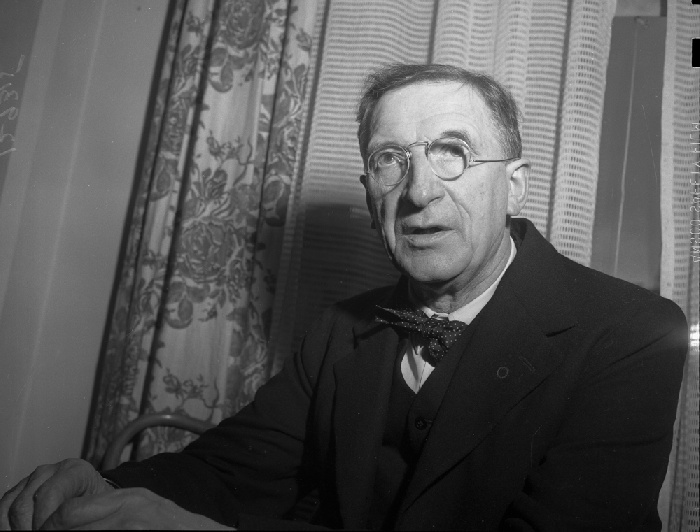 On March 16, 1948, de Valera gave a speech before the Commonwealth Club of San Francisco at the St. Francis Hotel. The theme of the speech was a denouncement of partition. De Valera declared that “[our] aim in Ireland is to end partition. But so long as British forces occupy part of Ireland it is impossible for us to be friends.” Afterwards, de Valera left for Los Angeles to attend St. Patrick’s Day festivities there. He was greeted at the Los Angeles airport by Irish actress Maureen O’Hara, an old friend of his.4 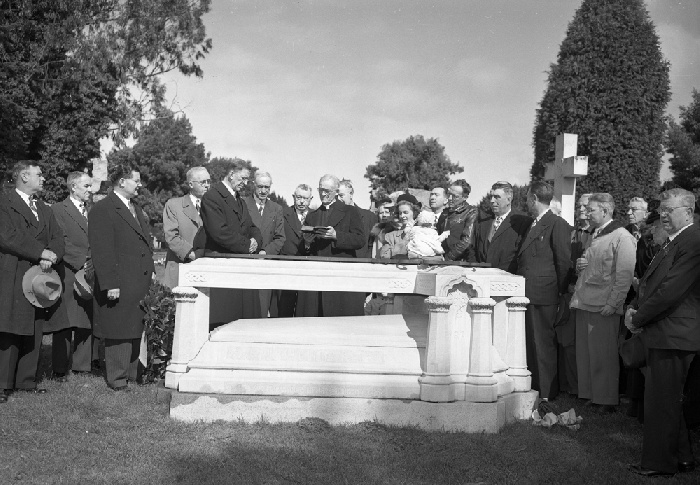 De Valera returned to San Francisco in time for the annual Palm Sunday memorial rites for Father Peter Yorke at St. Peter’s Church and a pilgrimage to his grave at Holy Cross Cemetery on March 21, 1948. Throughout his time in San Francisco, de Valera was a hit with the local Irish. He would become a hit again in the home country, serving two more terms as Ireland’s Taoiseach in the 1950s. He then served Ireland as president, winning two terms. He was 84 years old at the time of his second presidential win in 1966, a record for an elected head of state until 2013. He finally retired in 1973 at the age of 90.