Every year on the anniversary of the 1906 earthquake, people gather on Market Street at Lotta’s Fountain. The fountain survived the 1906 earthquake and became the place to meet and find others in the aftermath of the quake and fire. It became a symbol of San Francisco’s resilience in the wake of destruction. However, while the fountain’s significance is remembered today, many people today do not know the story of the Lotta of Lotta’s fountain.

Charlotte Mignon Crabtree was born on November 7, 1847 in New York City. Like many, her father headed west in 1851 to seek his fortune in the California Gold Rush and the rest of the family followed a few years later. The Crabtree family operated boardhouses in several mining camps, first in Grass Valley and later in Rabbit Creek. In these camps, little Lotta began performing song and dance routines and even toured through the mining camps. She learned to play the banjo and added that to her act. 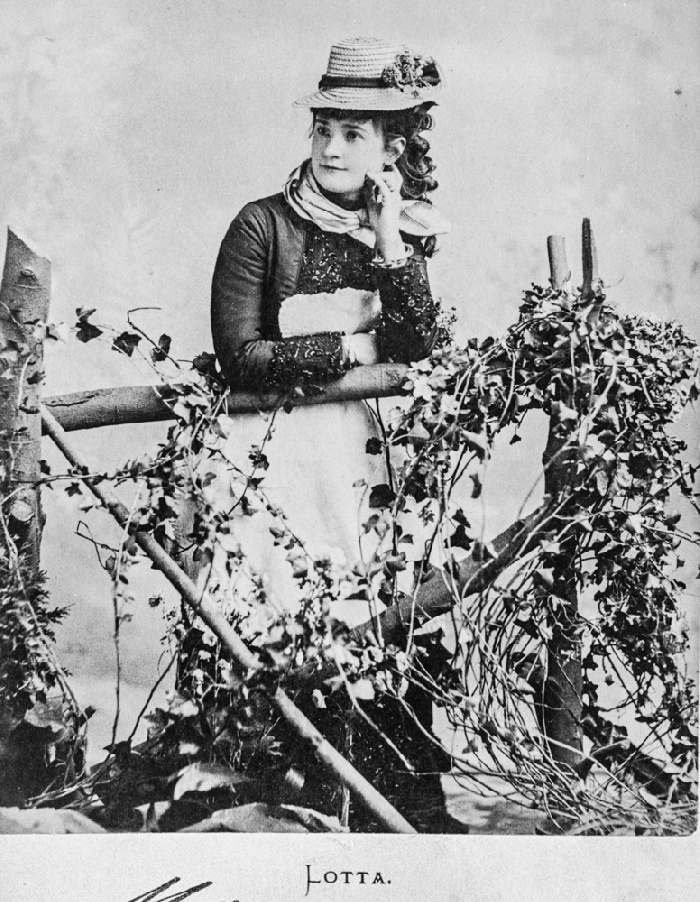 The Crabtrees moved to San Francisco in 1856 where Lotta continued to perform. She became the protege of Rowena Granice Steele, an author and performer, who had opened a theater and saloon called, “The Gaieties, Temple of Mirth and Song,” at what was then known as 77 Long Wharf. Long Wharf was a 4-5 block wharf that survived an 1851 fire and was refurbished with gates at Montgomery Street.1 Steele featured Little Lotta early on at the Temple of Mirth and Song. She proved very popular and by 1859, she had become known as “Miss Lotta, the San Francisco Favorite.2” By 1863, she was making appearances in Nevada as well. 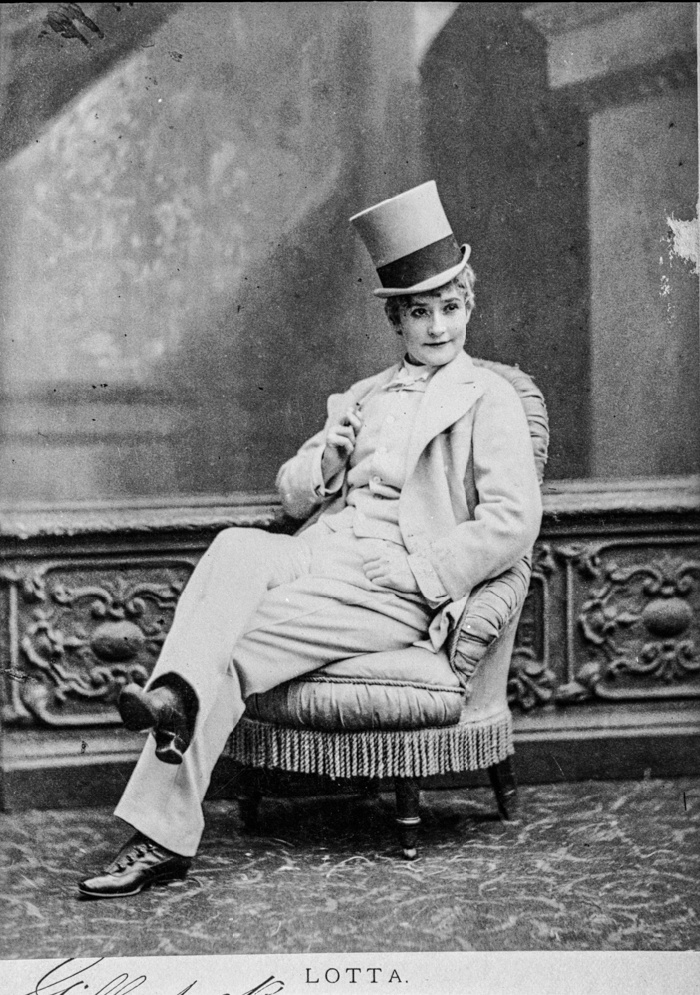 Later in 1863, Lotta, just 16 years old, toured the East Coast, appearing in several plays and in her own song and dance act. By the time Lotta turned 20 in 1867, she was a huge star. Her starring turn in “Little Nell and the Marchioness” an adaption of Charles Dicken’s The Old Curiousity Shop written especially for her by actor and playwright John Brougham, was a smash in New York City. The New York Times called her “the Nation’s Darling” and “the Belle of Broadway.3” Lotta formed her own theatrical company and toured the U.S. and Europe. 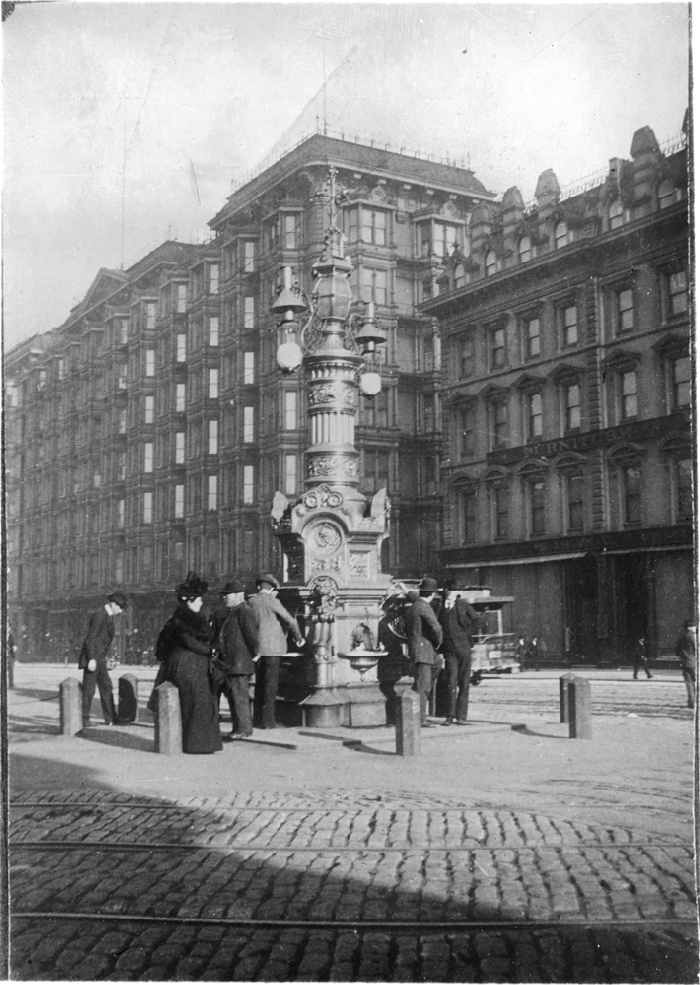 Although a national star, Lotta did not forget her San Francisco roots. To honor the city where she first rose to prominence, Lotta presented the city with a gift in 1875. On September 9, 1875, Lotta’s Fountain was unveiled at the corner of Market & Kearny Streets.4 The ceremony featured two military regiments, Mayor James Otis, the Board of Supervisors, and a large crowd. Lotta, however, did not attend the ceremony, but did send a representative to make a flowery statement about her love for the City to the attendees. 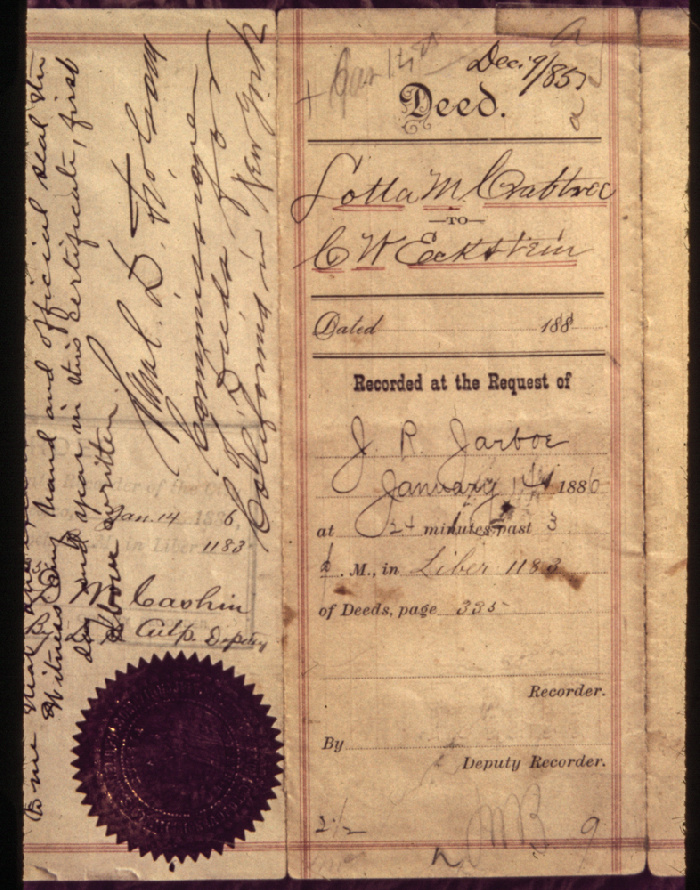 By the 1880s, Lotta was the highest paid actress in the country, earning as much as $5,000 per week. Her mother Mary Ann managed her career and smartly used Lotta’s riches by investing in real property in San Francisco and other cities around the country. In 1885, Mary Ann bought a lot and built a cottage at a resort at Lake Hopatcong, New Jersey as a gift for Lotta. In May 1889, Lotta was badly injured from a fall in Wilmington, Delaware. She spent two years recuperating at her resort cottage before briefly attempting a comeback in 1891. The comeback was short-lived and Lotta retired for good in 1892. 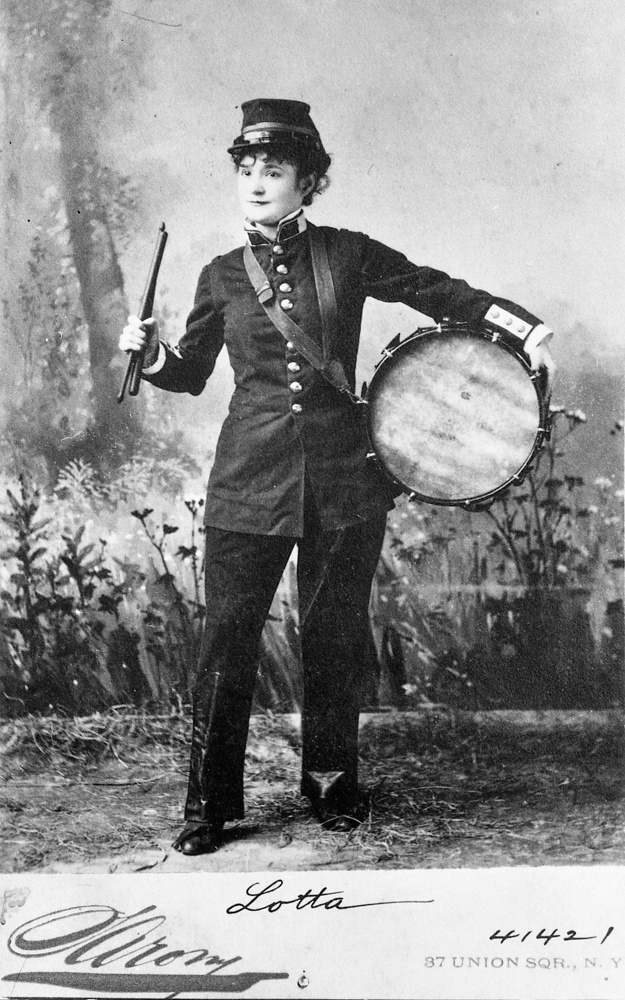 Lotta spent her retirement years traveling and painting. She never married or had kids. There were rumors that her mother did not want her to marry so as not to detract from Lotta’s youthful image, but the constant travel for her career surely took a toll on her social life. She made two final public appearances in San Francisco in 1915. The first was at a tribute reception in her honor on Saturday, November 6, 1915 at Lotta’s Fountain which brought tears to her eyes.5 Three days later, she was honored again at Lotta Crabtree Day at the 1915 Panama Pacific International Exposition in San Francisco in front of 4000 people.6 Lotta passed away on September 24, 1924, leaving most of her $4 million estate in a charitable trust for the care of veterans, aging actors, and animals. Nearly a century later, her name is no longer as well known as it once was, but her legacy as one of San Francisco’s first superstars will always remain.

1. “No. 77 Long Wharf: From Publishing Hall to Temple of Mirth,” by Dolores Waldorf Bryant, UC Press.