We depend on individual donations to survive. Please Donate any amount to help keep this non-profit effort going.
by Richard Brandi

[NOTE: OpenSFHistory.org recently received a donation of a large number of images from the Brandi family, mostly taken by or of family patriarch, Andrew Brandi. His son, historian and Western Neighborhoods Project board member, Richard Brandi, reminisces about his father and some favorite images in the collection.]

The recent donation of color slides of the San Francisco Fire Department and other scenes of San Francisco were taken by Andrew Brandi during the 1950s and 1960s. Andrew was born in the Mission district and graduated from Mission High in 1945. After graduation, he served in the U.S. Navy and then married and had two children. The photos reflect his time working for PG&E (briefly) and then his 30-year career in the SFFD retiring with the rank of Assistant Chief. The photo captions are based on his notes and additional research conducted by me. 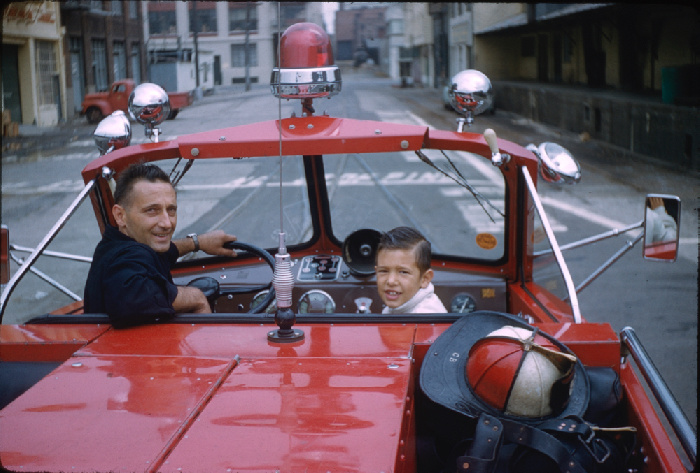 My father invited me and my grandfather to see a drill at Engine Company 35 in 1962. Here we are in the cab of Truck 8 on Bluxome Street. Cabs were open to provide an all-around view when approaching a fire then. So if it rained, firefighters got wet. 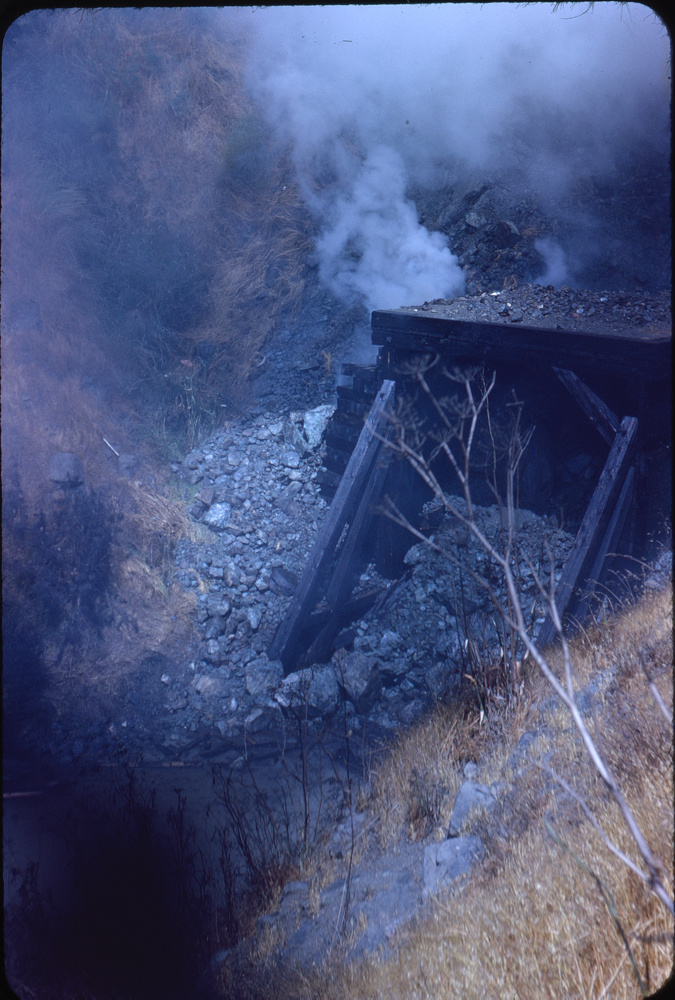 In 1962, Dad took me, my sister, mother and a neighbor boy to see the fire in the Western Pacific Railroad tunnel that ran under Potrero Hill. It burned for several days. We were standing at the intersection of Texas and Sierra Streets where the railroad tunnel entrance, built in 1918, was located. 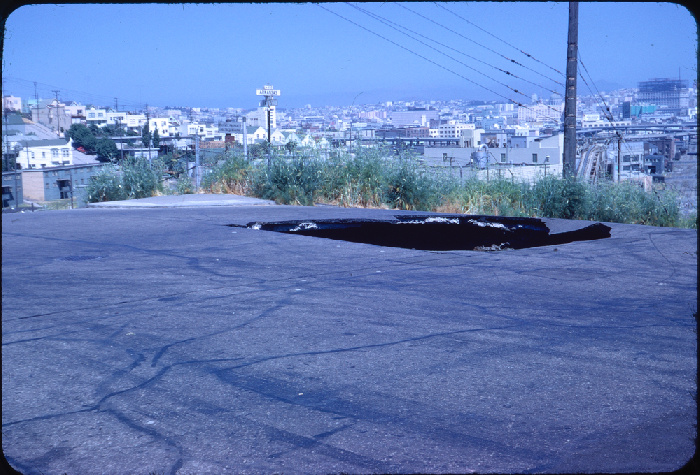 I remember it was hard to see what was happening as the fire was well inside the tunnel. The smoke was too intense for the firemen (at the time there were no women firefighters) to enter so they let it burn itself out. I was very impressed with the street cave ins above the tunnel, this one at 19th and Arkansas Streets. 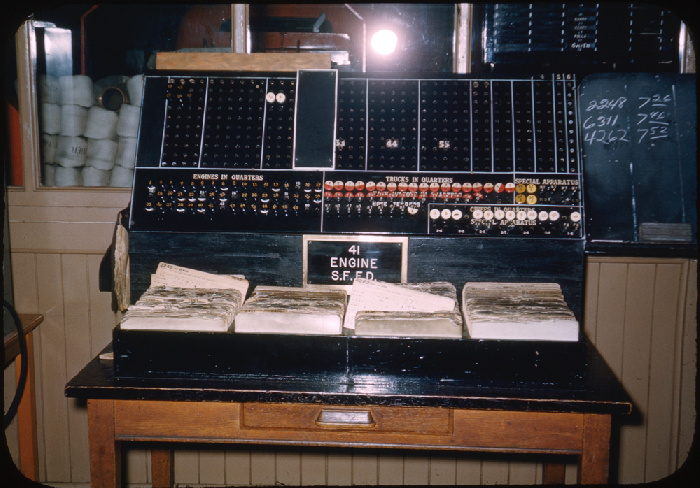 Before the system was computerized, a very loud bell rang each time someone pulled a fire alarm walking up everyone. The fire department maintained a “Pegboard” showing which engine companies responded to fires. Dad said he could feel his heart pounding whenever the alarm woke him. None of the firefighters slept well. 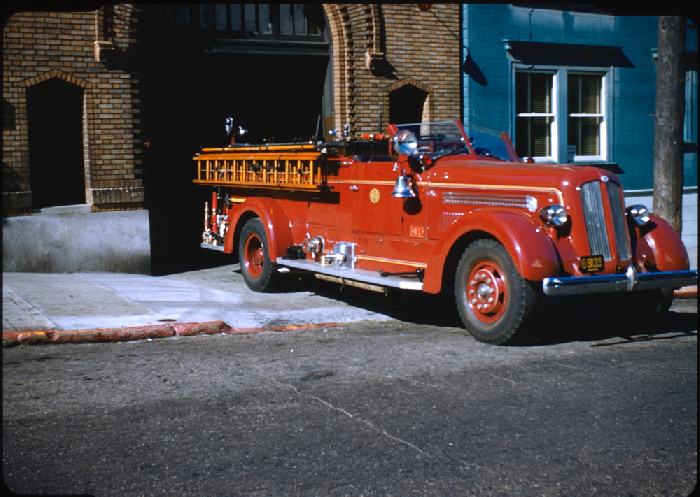 This is a Seagrave pumper firetruck at Engine Company 41 on Leavenworth between Clay and Washington in 1957. One measure of how things changed is that the doors to the firehouses were left open when the apparatus responded to an alarm in order to save time closing them. During the late 1960s, the fire houses in some neighborhoods were routinely burglarized and the firefighters’ possessions stolen. The doors are now kept closed.

See all 210 images in the Brandi Collection on the website here!