After two weeks of steady rains across Northern California, Mount Davidson could contain itself no longer. Just after noon on February 6, 1942, the southern slope of Mount Davidson collapsed, sending a mudslide six feet deep down the slope to Foerster Street. On its way there, it knocked a half dozen houses off their foundations. From there, the slide continued to ooze down Foerster toward Monterey Boulevard. 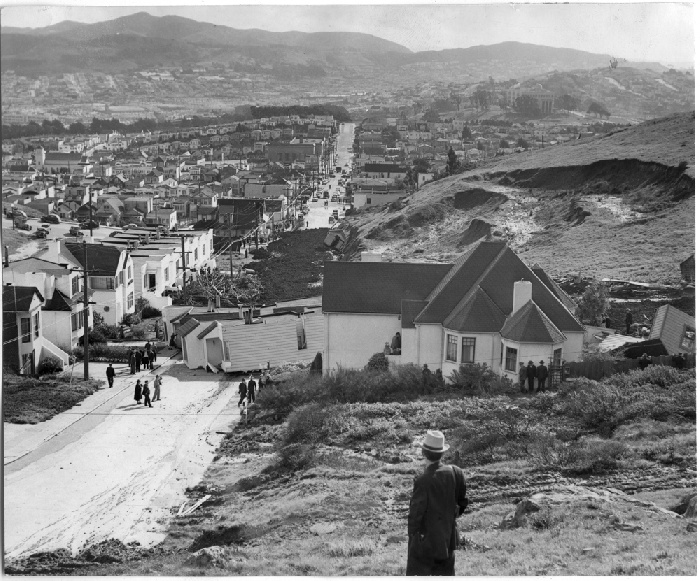 The day after the devastation from the Mount Davidson mudslide, February 7, 1942. (wnp27.7188; Courtesy of a Private Collector)

Residents reported that the first indication of the mudslide was a thunder-like rumbling sound.1 Several houses were carried into the street. One was knocked on its side. Other houses were flooded with mud. 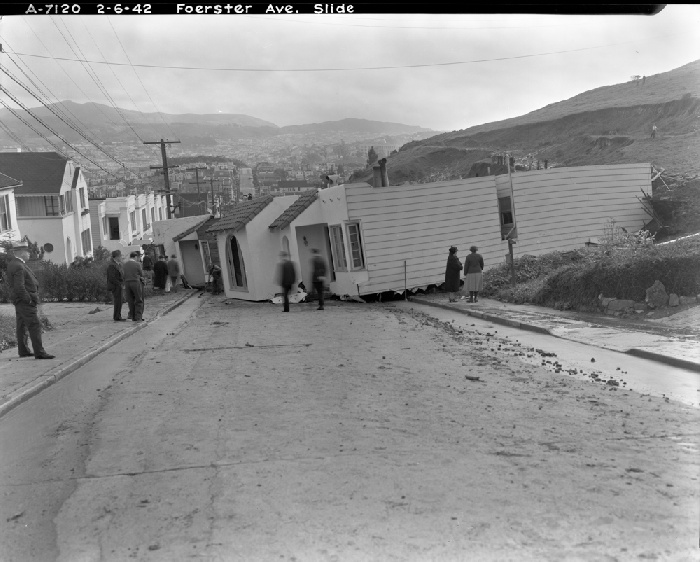 One of the wrecked homes was the residence of Dora Kammer. Her brother-in-law, Thomas Hill, was at the house when the mudslide came down. He described trees coming through the roof and mud flooding the house. When the house was knocked over, Hill was thrown out a window and pinned by some heavy timbers and Kammer was buried in the mud in her kitchen. Hill was rescued by emergency responders, but his leg was so badly injured that it was feared that it may have to amputated. While he was initially expected to recover, he would succumb to his injuries two days later. Kammer had been so thoroughly buried under tons of mud and rubble that her body could not be recovered until five days after the mudslide. 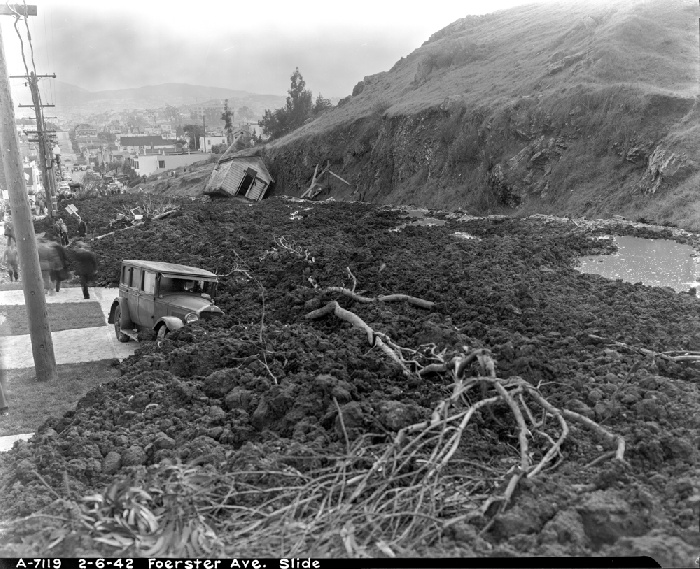 View south on Foerster Street beyond house knocked on its side after mudslide, February 6, 1942. (wnp26.179; DPW Horace Chaffee – SF Department of Public Works / Courtesy of a Private Collector)

When the mudslide came to a halt, it covered several blocks of Foerster Street with five feet of mud and debris. San Francisco Mayor Angelo Rossi visited the area on the day after the mudslide. He said that he thought the slide was caused by dirt being dumped from a private development project.2 Mayor Rossi stated that he would be introducing legislation the following Monday to stop that practice. San Francisco Public Works Director A.D. Wilder had his crews digging ditches to divert water away from the slide area so that the mud would harden and be easier to remove. He promised a thorough investigation. After the investigation, a company that was building a subdivision was blamed by the City for the mudslide. The negligent manner in which the company had deposited dirt in the area was cited as the cause.3 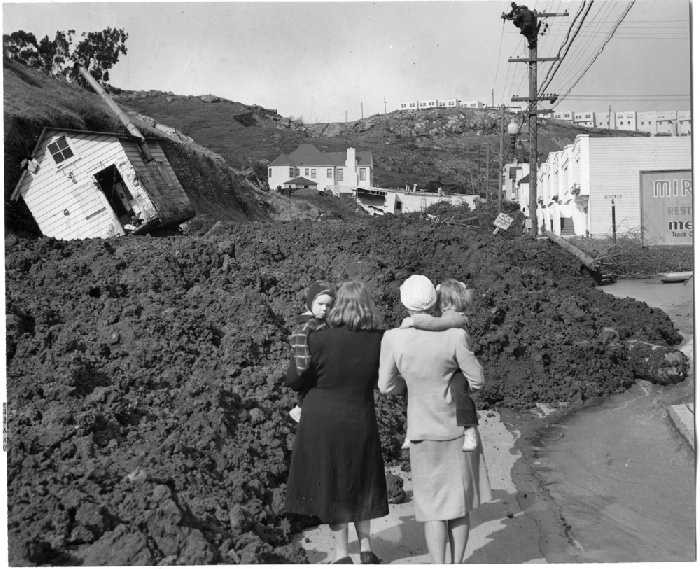 The rains affected not just San Francisco, but much of Northern California. Mudslides and flooding also damaged homes on Diamond Street in San Francisco as well as buildings in Fairfax, San Anselmo, Napa, Crockett, Oakland, and Berkeley. At least five people, including Hill and Kammer, lost their lives. Flooding on the Sacramento river and its tributaries would cover over 30,000 acres over the next few days after the Foerster Street mudslide. Roads and highways were closed across Northern California. Clean-up and repair would take a long time. 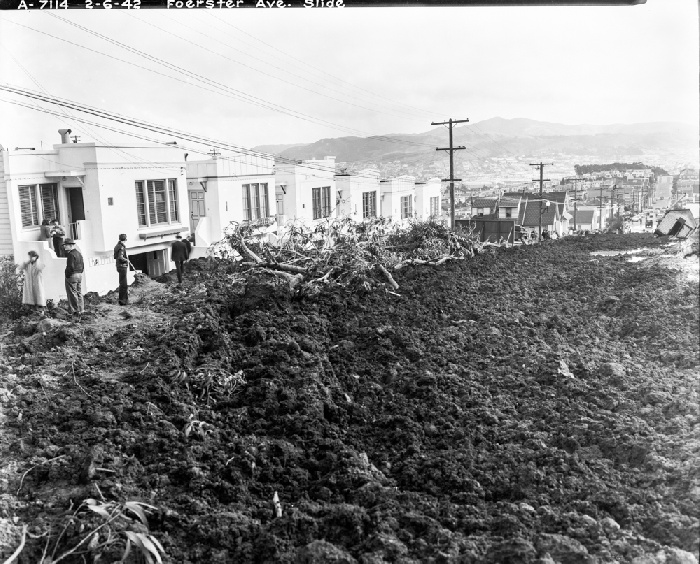 In the years after the mudslide, the south slope of Mount Davidson became covered with homes and streets which hopefully stabilized the hill sufficiently to prevent any further slides. Today, that section of Foerster Street is a suburban neighborhood, hopefully blissfully unaware of the devastation that occurred there 78 years ago.