160 years ago, on September 17, 1859, the first emperor of the United States was declared. Later, the title of Protector of Mexico was added to his royal designation. For a little over 20 years he reigned, issuing proclamations, ‘minting” his own money, and even “knighting” some individuals, as he walked among his public in the streets of San Francisco. Who was this Emperor Norton? 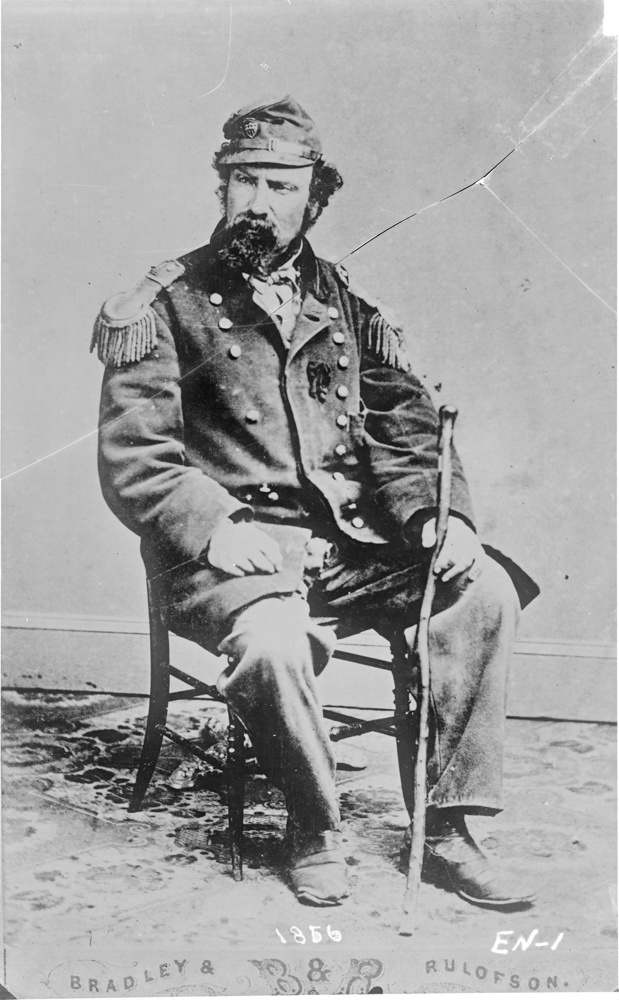 He was born Joshua Abraham Norton, likely on February 4, 1818, in England. In 1820, Norton’s parents took him and his two brothers to South Africa in 1820 as part of a colonization plan backed by the government. Sometime after his father’s death in 1848, Norton apparently left South Africa and went to Rio de Janeiro and, from there, may have sailed on a German freighter called the Franzeska, arriving in San Francisco in November 1849. There is some controversy as to when Norton did arrive in the City, but city directories listed him in 1850 and a Joshua Norton & Co. was running business advertisements in local papers that year.1

Given the timing, it is a logical conclusion that, like thousands of others, Norton came to San Francisco as part of the Gold Rush. Although there were reports that Norton arrived with $40,000, it is unclear if, in fact, that was the case, but he did manage to start a successful real estate and importing business.2

Then came a financial disaster. When a famine in China caused a rice shortage, Norton tried to corner the rice market in late 1852 by buying a shipment of rice from Peru at 12½ cents per pound. Unfortunately, several other ships laden with Peruvian rice also arrived and drove the price down to 3 cents per pound. Although Norton sued to void the deal, the California Supreme Court ruled against him in 1855 and he was financially ruined. He filed for bankruptcy in 1856 and faded out of the public eye for several years. 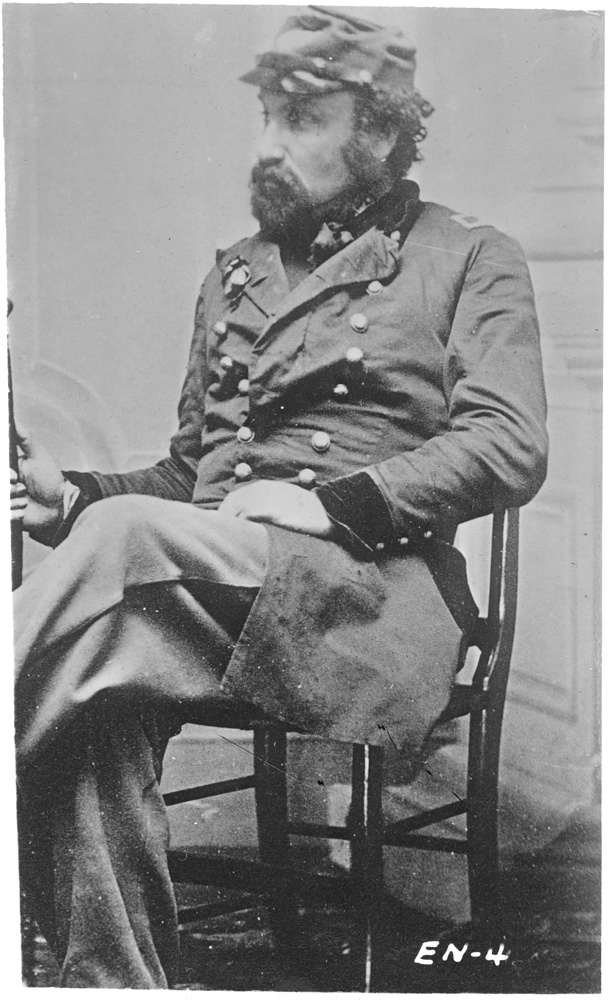 After a few years of silence, Norton dropped a bombshell when he distributed a letter to San Francisco newspapers on September 17, 1859 that declared as follows:

“At the peremptory request and desire of a large majority of the citizens of these United States, I, Joshua Norton, formerly of Algoa Bay, Cape of Good Hope, and now for the last 9 years and 10 months past of San Francisco, California, declare and proclaim myself Emperor of these United States; and in virtue of the authority thereby in me vested, do hereby order and direct the representatives of the different States of the Union to assemble in Musical Hall, of this city, on the 1st day of February next, then and there to make such alterations in the existing laws of the Union as may ameliorate the evils under which the country is laboring, and thereby cause confidence to exist, both at home and abroad, in our stability and integrity.

NORTON 1, Emperor of the United States”

Now Emperor Norton immediately set about to rule, issuing a proclamation on October 12, 1859 abolishing Congress. In 1860, he proclaimed the dissolution of the Republic. Following these themes, he abolished the Democrat and Republican parties in 1869. The Emperor kept himself informed by reading newspapers, attending state legislature sessions in Sacramento, and patronizing public lectures or debates. Though open to debate as to its authenticity, Emperor Norton reportedly declared that anyone using the term “Frisco” to refer to the City was guilty of a high misdemeanor punishable by a $75 fine.3 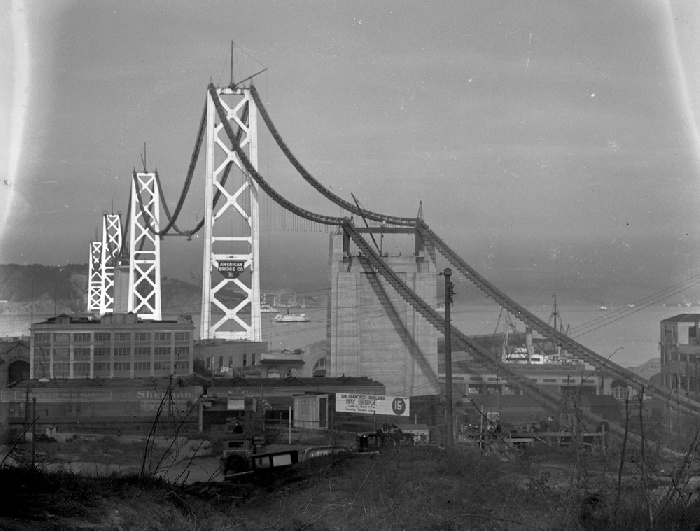 A few of Emperor Norton’s proclamations proved incredibly prescient. He called for the formation of a League of Nations approximately 50 years before it happened and ordered the construction of a bridge and tunnel between San Francisco and Oakland over 60 years before the Bay Bridge began to take shape. He advocated for women’s right to vote over 40 years before they received it. He frequently called for the fair treatment of minorities, including Chinese, African-Americans, and Native Americans.

Emperor Norton spent his days “inspecting” his realm in San Francisco. He spent many afternoons at The Mechanic’s Institute Library, reading newspapers and writing his proclamations. Officers at the Presidio gave him a uniform that he wore and to which he added a tall hat with a peacock feather and a cane or umbrella. He would speak about how things should be to anyone who would listen. He would “knight” those who helped him or children or those having a bad day by declaring them king or queen for a day. 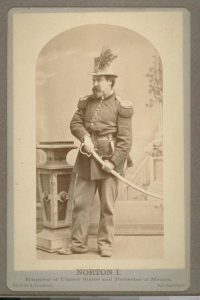 An “auxillary” policeman, in reality a private security guard, arrested the Emperor in 1867, intending to have him committed to a mental institution. No less than the Chief of the San Francisco Police Department ordered Norton released and issued an apology on behalf of the entire department. Police officers were sure to salute Norton thereafter. The Emperor later pardoned the security guard for arresting him.

For much of his reign, Emperor Norton lived at the Eureka Lodgings at 624 Commercial Street, paying 50 cents per day, often paid by others, for a small room. Nearby was the headquarters of the San Francisco Call where Mark Twain worked in 1863-64. Twain would later base the character of “The King” in the Adventures of Huckleberry Finn on Emperor Norton. The 1870 United States census listed Norton as a San Francisco resident and his occupation as Emperor. He created his own scrips of money that were accepted in many San Francisco restaurants. When his uniform began looking ragged, the Board of Supervisors got him a new one. 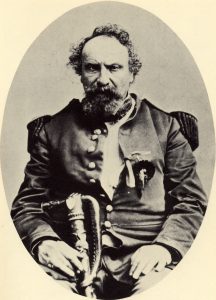 Emperor Norton in the 1870s. (Source – Collection of the California Historical Society)

On January 8, 1880, the Emperor collapsed near Old St. Mary’s Cathedral while on his way to the monthly Hastings Society debate. He died before help could get him to a hospital. On January 11, 1880, the San Francisco Chronicle headline about Emperor Norton’s funeral stated: “Le Roi Est Mort” (The King Is Dead).4

Norton had just a few dollars to his name at death, but Joseph Eastland and R.E. Brewster took up a collection at the Pacific Club to fund a proper burial for the Emperor. His remains laid in state in the rear room at the morgue and thousands came to pay their respects. He was buried at the Masonic Cemetery. When his remains were later moved to Woodlawn Cemetery in Colma in 1934, there was a ceremony attended by thousands.

1. “How and When Did Joshua Norton Get to San Francisco?, The Emperor Norton Trust.

2. “Did Joshua Norton Really Arrive in San Francisco With a $40,000 Inheritance That He Built Into a Quarter-Million-Dollar Fortune in 3 Years?, The Emperor Norton Trust.