With over 40,000 images in our OpenSFHistory collection and so many great viewpoints to be found around San Francisco, it is inevitable that we come across the same view at different points in time. This allows us to appreciate how the City has changed over time. So let’s see the City’s evolution by focusing on images from one spot taken over the years. We’ll start with one of the most iconic views, downtown San Francisco from Twin Peaks.

When one looks east from on high at Twin Peaks, one can see right down Market Street to the Ferry Building. This swath of road is instantly recognizable in images going back over a century. If you ventured up to Twin Peaks in 1906, sometime after April 18th, you would have seen the remarkable devastation of San Francisco. 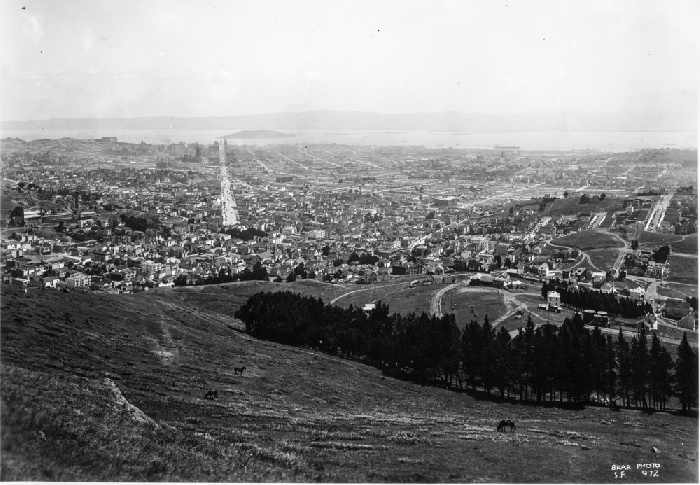 Both north and south of Market Street, you can see the widespread destruction that resulted from the earthquake. You can also see the Call Building (now the Central Tower), damaged, but still standing at 3rd and Market. Remarkably, within 10 years, San Francisco had mostly recovered as this image, circa 1915, shows. 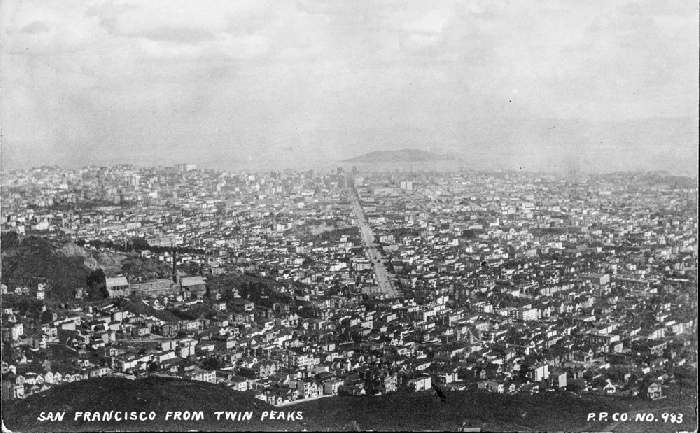 The Call Building still stands as the tallest building in San Francisco in this image. All the destruction seen previously has been replaced with new buildings and San Francisco no longer looks like the post-1906 earthquake wasteland. Another ten years or so later, we begin to see San Francisco build up. 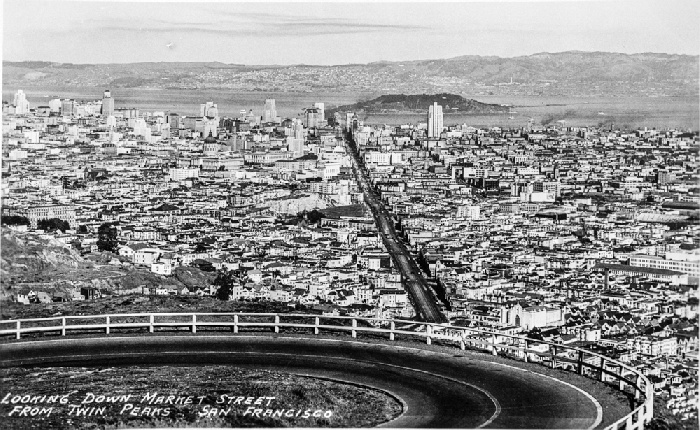 In this image, a number of skyscrapers dot the San Francisco skyline, so that the Call Building no longer stands out. South of Market, the Pacific Telephone Building towers over neighboring buildings as the new tallest building in San Francisco until the Russ Building matched its height several years later. Over the next ten years, more skyscrapers would be added to the cityscape and two icons would appear. 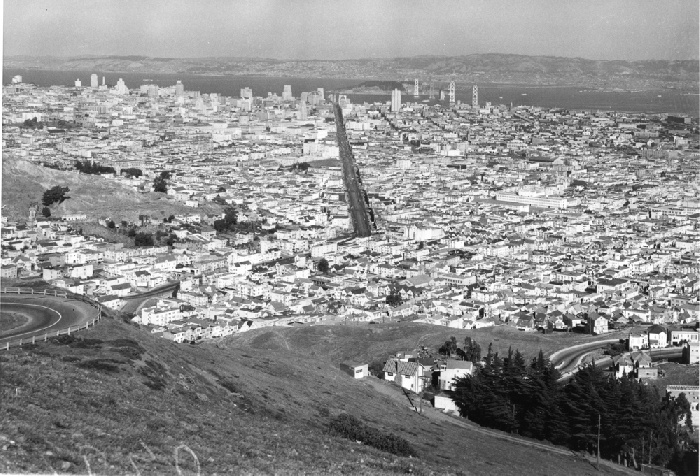 Notable in this 1935 view from Twin Peaks is the construction of the Bay Bridge then happening and the addition of Coit Tower on top of Telegraph Hill. The tower was built using funds from a bequest from Lillie Hitchcock Coit and was completed in 1933. Taking another ten year leap in time, we find that the City continues to reach for the sky. 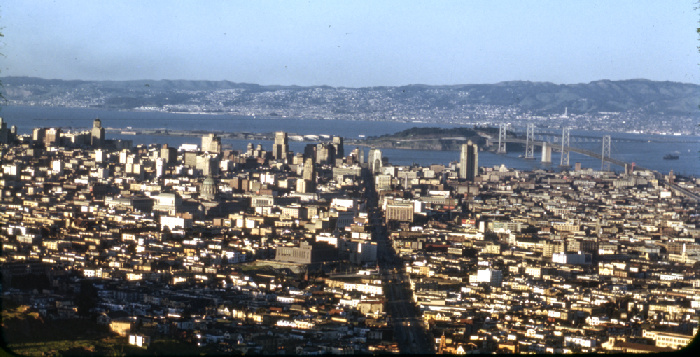 By 1945, the Bay Bridge has been in service for eight years and Treasure Island, built for the 1939 Golden Gate International Exposition, has been added to the Bay just north of Yerba Buena Island. Also new to the view is the new U.S. Mint Building completed in 1937. The Pacific Telephone Building and the Russ Building continue to be the tallest buildings and virtually every available spot of land has been filled. Jumping ahead twenty years, finds San Francisco growing taller. 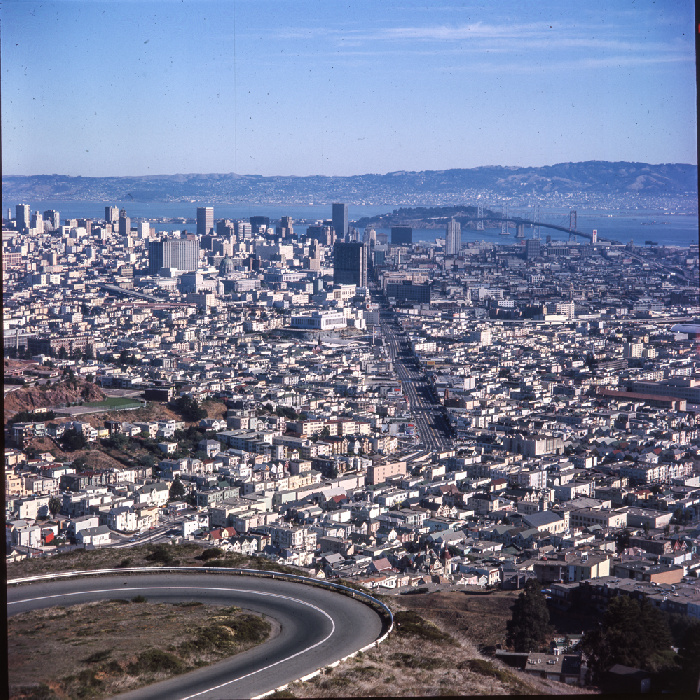 By the late 1960s, the title of the tallest building in San Francisco seemingly changed every few years. First came the Hartford Building in 1965, then the Wells Fargo Building in 1967 (both seen in this image), and finally the Bank of America Center in 1969. In 1972, however, the Transamerica Pyramid would be completed and would command the San Francisco skyline for much of the next 50 years. 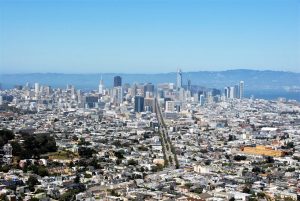 As seen in this final image from 2017, San Francisco is littered with skyscrapers, with the Salesforce Building south of Market Street now dominating the City. There are so many skyscrapers that you can barely see the Wells Fargo Building (now 44 Montgomery) that ruled the San Francisco sky in 1967. With the Muni Metro lines now underneath Market Street as part of the early 70s BART construction, you can also see the addition of green center divides along part of Market Street.

From 1906 to the present, the view east from Twin Peaks has been ever evolving. One can only imagine how it will change in the next 100 years.