We depend on individual donations to survive. Please Donate any amount to help keep this non-profit effort going.
by Richard Brandi

The various hills around the City provide spectacular views now and in the past. Often they offer glimpses into what once was. Take this view from Edgehill Mountain, which is just to the north of Portola Drive near West Portal for instance. 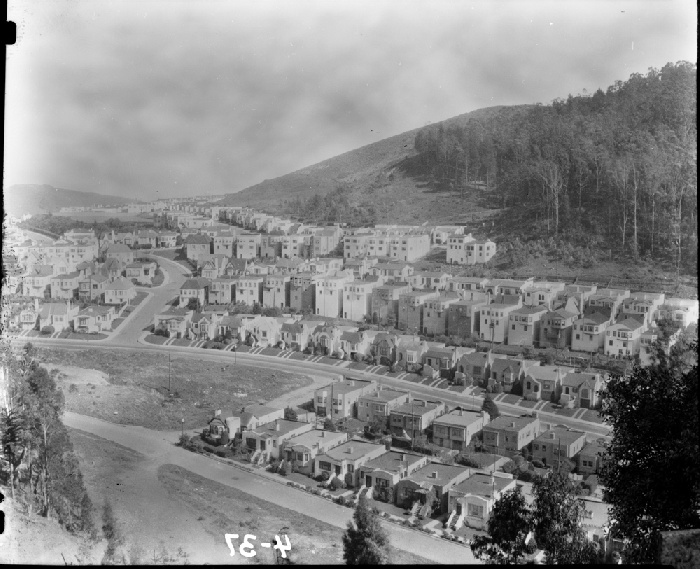 The photographer is standing where a rock quarry called the Claremont Quarries was once located (where Waithman Street and the New Life Church of the Nazarene are now located). The quarry was on land Alfred Meyerstein bought in 1912 for his Claremont Court subdivision which is now part of the West Portal neighborhood. Dynamite stored in the quarry may have been stolen and used in the July of 1916 Preparedness Parade bomb explosion that killed 10 and wounded 40 people. Detectives traced the explosives to a batch stolen from the Claremont Quarries or the State Highway Commission or both. According to a San Francisco Chronicle article then: “A.L. Meyerstein, owner of the Claremont quarries, admitted last night that a quantity of dynamite was stolen about two months ago. Meyerstein was not communicative. He said he did not know whether the police had investigated the disappearance of the explosive or whether anyone connected with the bomb suspects had worked in his quarries.”1 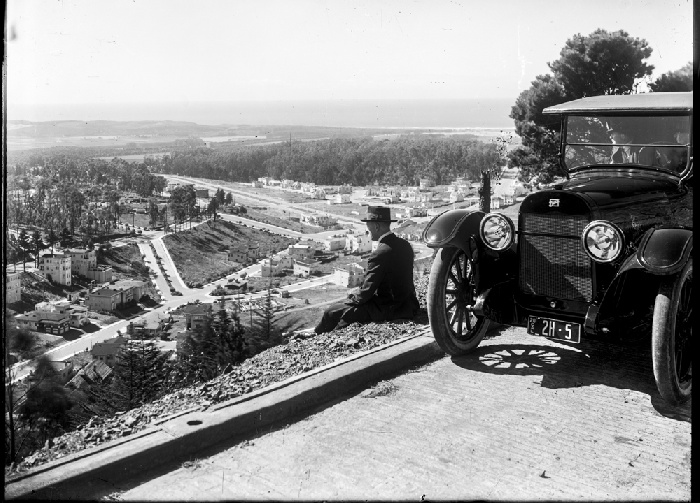 Edgehill Mountain is one of the lesser known of the 46 hills and mountains of San Francisco. It lies across Portola Drive and northwest from Mount Davidson. To the west, you can see the West Portal area, as seen in the image from 1920 above. 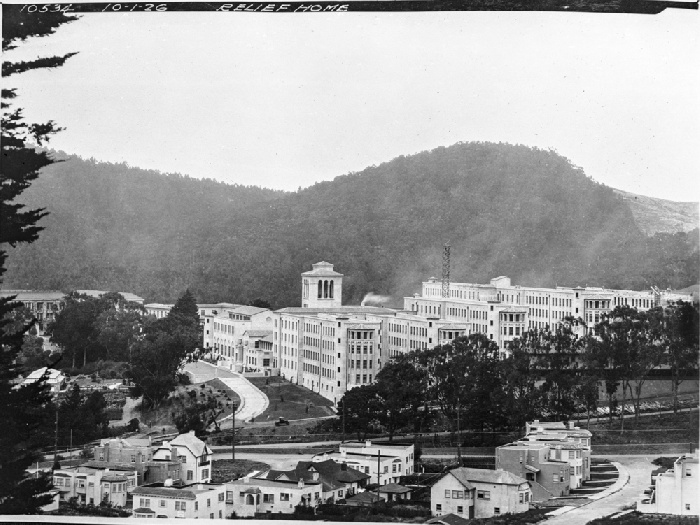 To the north of Edgehill Mountain lies Laguna Honda and the Laguna Honda Hospital. The 1926 image above came from the extensive Department of Public Works’ collection of images from around San Francisco. 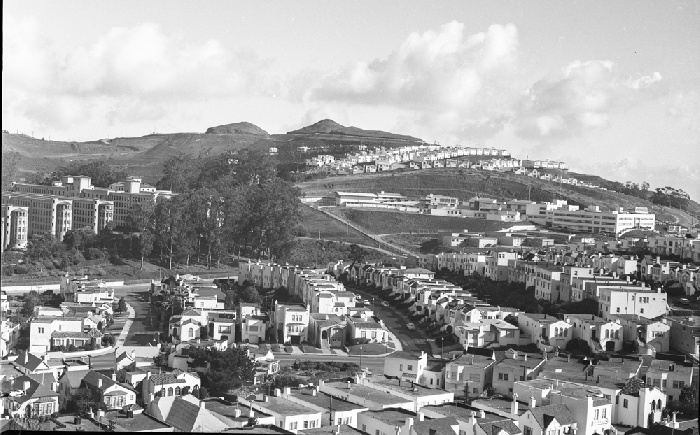 View northeast from Edgehill Mountain to Twin Peaks, circa 1953. (wnp28.1078; Courtesy of a Private Collector.)

The majestic Twin Peaks rise high to the northeast of Edgehill Mountain. In this image from around 1953, you can see Laguna Honda Hospital again on the left side and some of the Midtown Terrace and Twin Peaks neighborhoods. 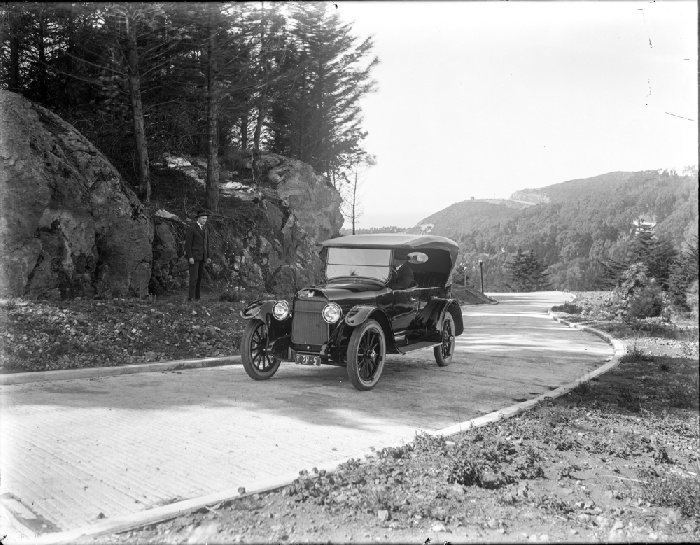 Edgehill Way runs on the north side of Edgehill Mountain. In 1921, when this image of a Buick automobile was taken, there were no houses on Edgehill Way on the other side of the road from Edgehill Mountain, like you would find today in the neighborhood known as the Forest Hill Extension.

1. “ “Doctor Has Important Evidence in Bomb Case.;…Detectives Declare They Are Satisfied That They Have Traced Dynamite Used to Its Source,” SF Chronicle, 8 August 1916