Seventy-five years ago, San Francisco did its best to celebrate New Year’s Eve. Grim realities of World War II intruded, but the San Francisco Chronicle noted a new optimism in the gayety: “[T]aking the predictions of the war analysts at their face value—collapse of Hitlerism in ‘44—San Francisco turned New Year’s eve into a bibulous, roisterous, raucous prevue of victory.”1

The Examiner offered a more measured assessment: “With a strange mixture of abandon and restraint, San Francisco accorded 1943 a reasonable facsimile of the traditional year-end sendoff last night, and then settled back for a more or less sober inspection of A. D. 1944.”2

Each of the major hotels, constrained by wartime price controls, set a standard price for an evening of dining and dancing: $8.03 per person, tax included, drinks extra. They had all sold out a week earlier. A San Francisco Examiner photographer found a happy foursome at the St. Francis Hotel. 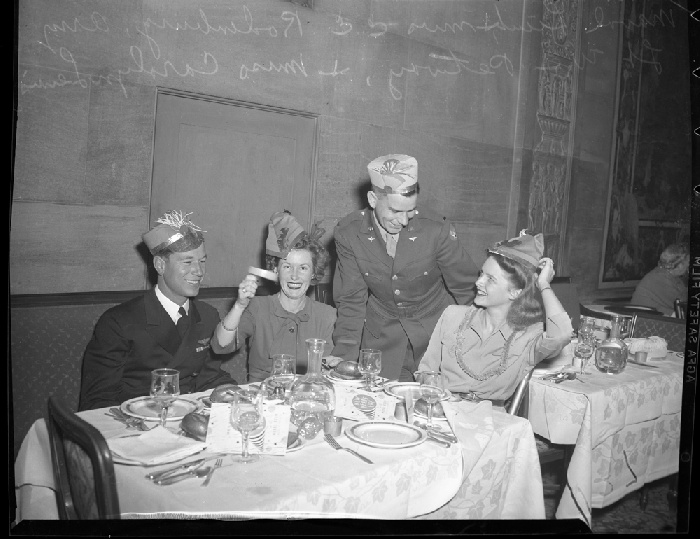 Despite rationing and shortages, there was no lack of alcohol to be found and a city burgeoning with war workers and servicemen and women able to buy it. A quarter could get a small glass of wine, while it was “two bucks for vari-colored concoctions with a fancy wallop.”3

Over at the Pepsi-Cola Center at Market and Mason Streets, servicemen and women had their own sober party: 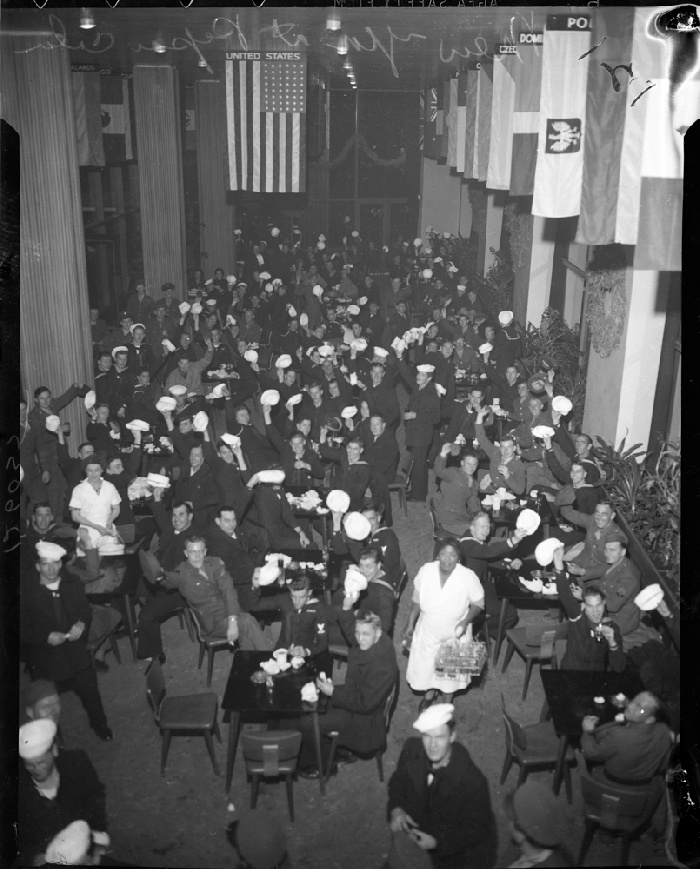 The soda company had transformed a former bank building into a hospitality center in March 1943. The flags of the Allied nations hung in the lobby and over the next three years volunteers would serve almost five million nickel hot dogs and hamburgers—and innumerable gallons of free Pepsi-Colas—to U.S. military and Allied nations personnel in uniform stationed in or passing through the city. 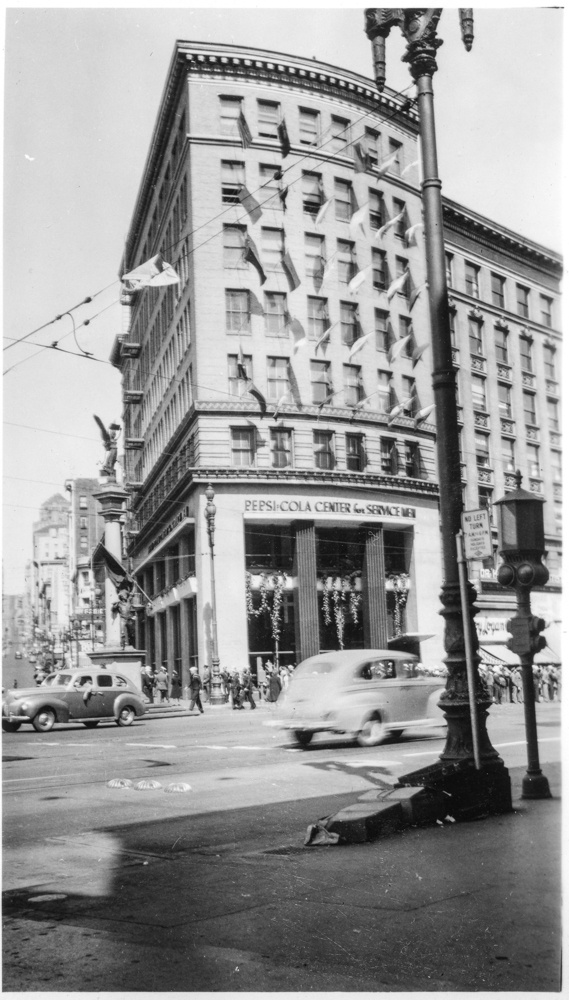 The American Legion ran upper levels of the building as dormitories and an entire floor was reserved just for women in uniform. The WAACS, WAVES, SPARS, Women’s Marine Reserve Corps, and Army and Navy nurses had two lounges for their use, one named for Eleanor Roosevelt and the other for Madam Chiang Kai-shek (Soong Mei-ling, First Lady of the Republic of China). Eleanor’s lounge had a blue color scheme, while the Chiang Kai-shek room, of course, had a Chinese theme with reds and blacks. A thirty-foot-long powder table had complimentary cosmetics. Here is a group of WAVES preparing on New Year’s Eve for a night “ashore”: 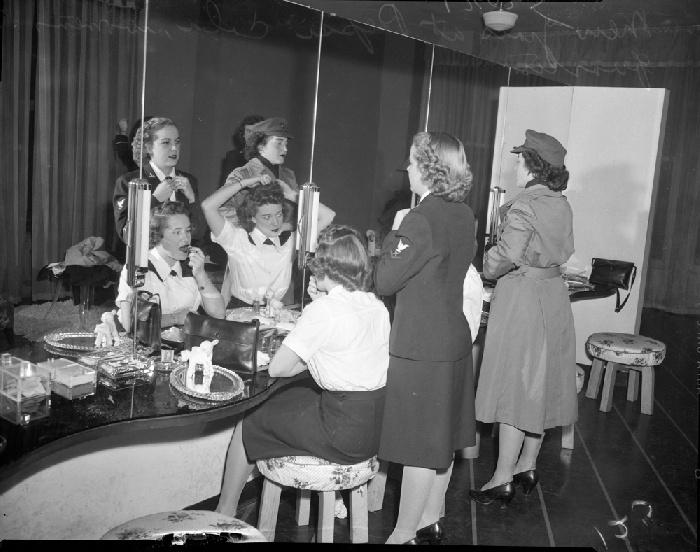 On February 26, 1946, with the war over and a lessening of military personnel passing through town, the Pepsi-Cola Center closed. A reported 11 million men and women used its facilities in the three years it was open. The building still stands at the northeast corner of Market and Mason Streets, addressed as 944 Market, with its ground floor available for lease as of December 2018. Here is an artist’s rendering included in the marketing package: 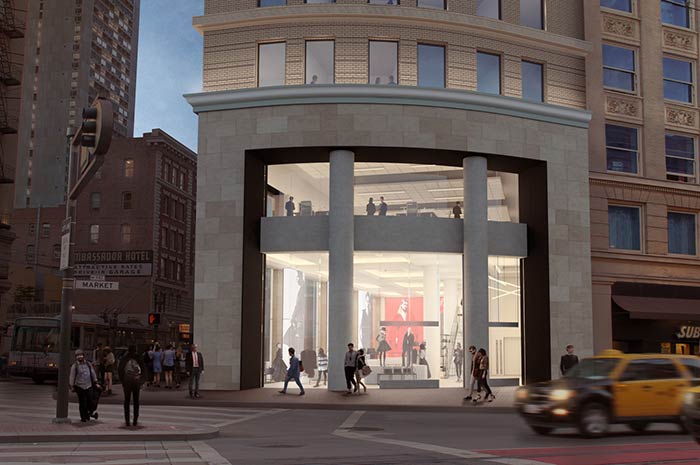 We here at Western Neighborhoods Project wish you a “roisterous, raucous” and safe New Year’s Eve.