We recently processed a run of images in the OpenSFHistory collection taken by local photographer Greg Gaar in 1973-74. Looking back forty-five years makes for a strange mix of familiarity and disorientation, as there are views and buildings in the city that look the same today, while others are wholly changed.

The prospect north from 1st and Harrison is definitely different. In 1973, Greg captured the sleek vertical lines of new skyscrapers downtown, including the tallest of them all, the Bank of America building and the Transamerica Pyramid. 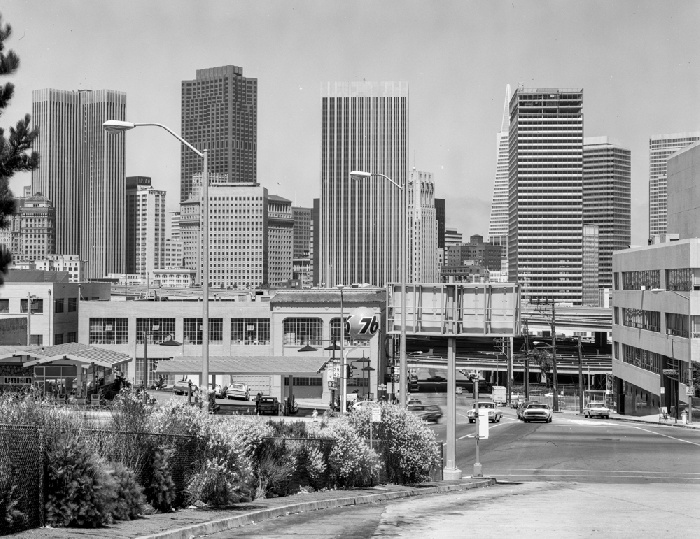 The recent craze of building South of Market has produced a new king, as the Salesforce Tower obliterates any view of the Transamerica, while the Bank of America building is barely visible behind a crane. The humble Unical 76 gas station held on until very recently, and the Sailors Union building on the right remains: 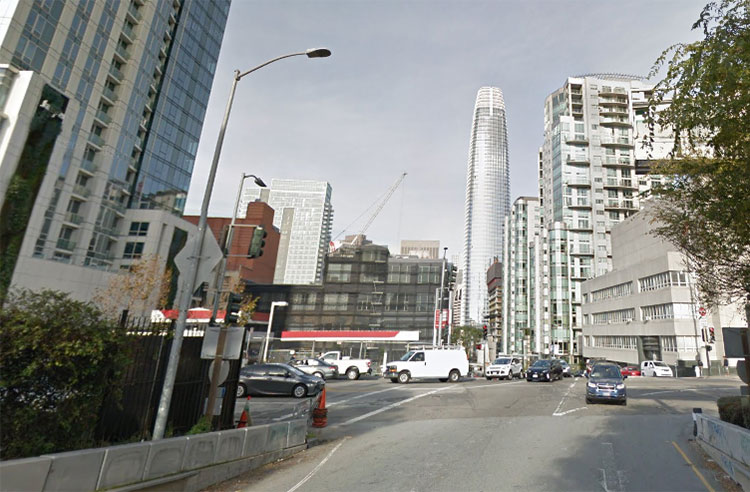 From 1975 until March of this year, a McDonalds restaurant and parking lot occupied Stanyan Street between Haight and Waller Streets across from Golden Gate Park. An animated conversation is now underway about the size of a city-planned affordable housing development for the site. Will it be five stories or seven? Here is that parcel just before the fast food giant moved in, occupied by a drive-in and gas station. In the background is the building that currently holds the Stanyan Park Hotel, covered in fake-brick siding with a bike rental place on the ground floor: 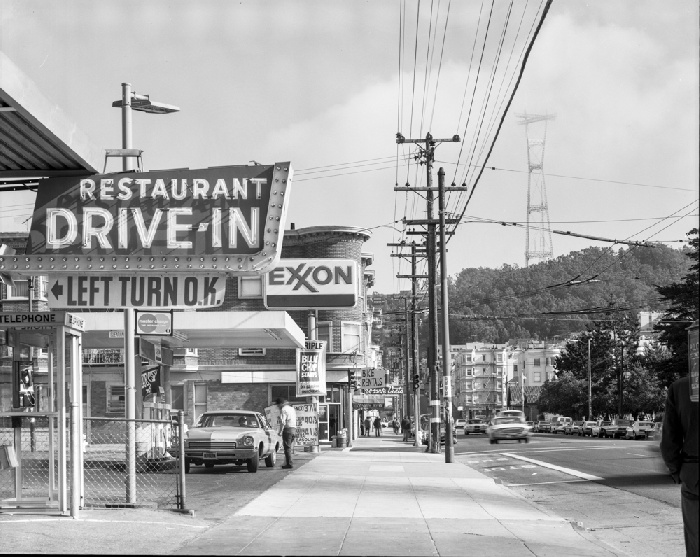 Greg used a night view of the Ferry Building to give the Embarcadero freeway an elegance it never had in day light. 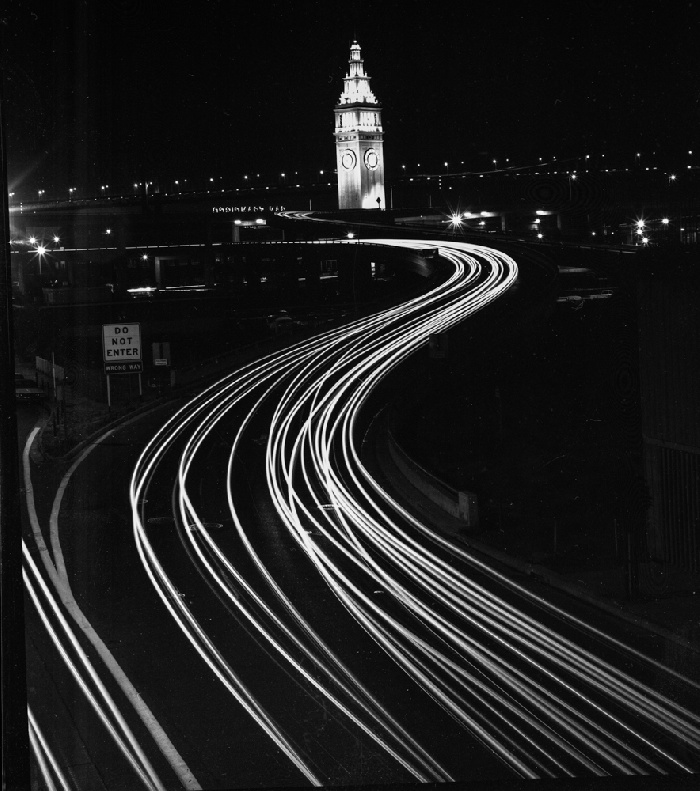 Some views can be re-created in our Instagram age, but Greg’s artistry as a photographer might be hard to match. The balconies of the Hyatt Regency Hotel at the Embarcadero here combine to make an M. C. Escher woodcut: 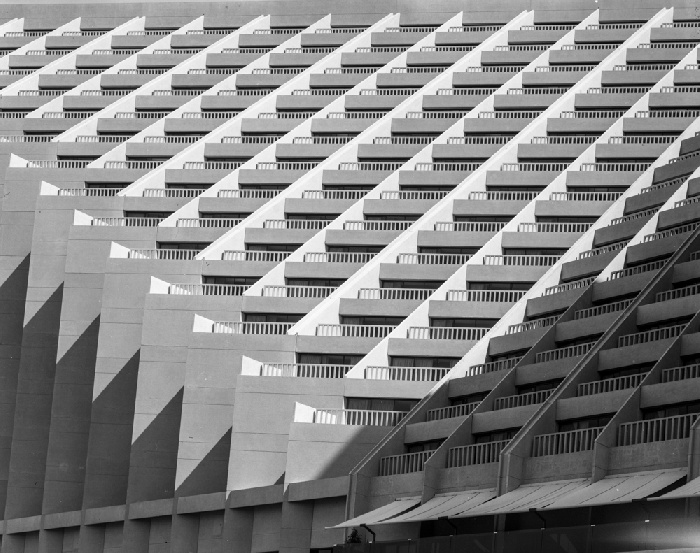 Diamond Heights homes stand sentinel at Glen Canyon, while their master, the Sutro Tower lords over them: 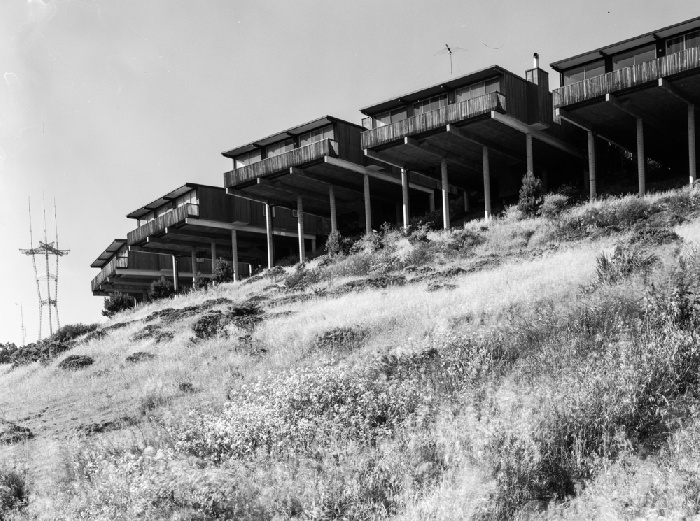 The Mount Davidson cross tries to do as well, but is almost overcome by a eucalyptus forest: 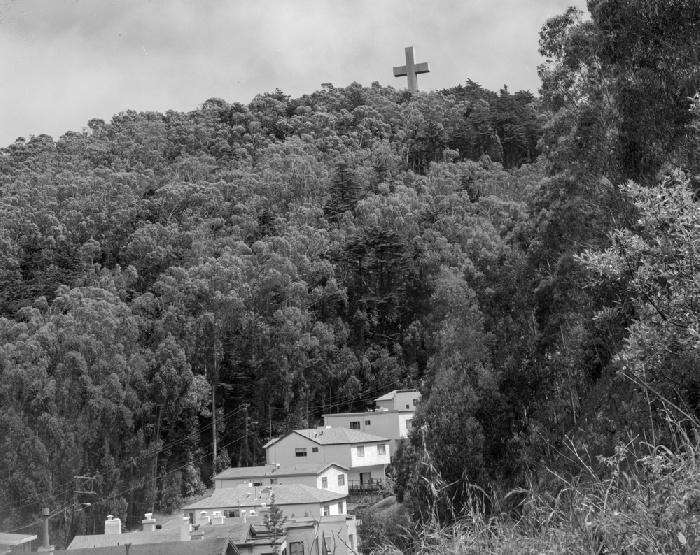 And to finish the theme, the defeated Dutch Windmill (pre-renovation) at the northwestern edge of Golden Gate Park is mocked on the Great Highway sea wall: 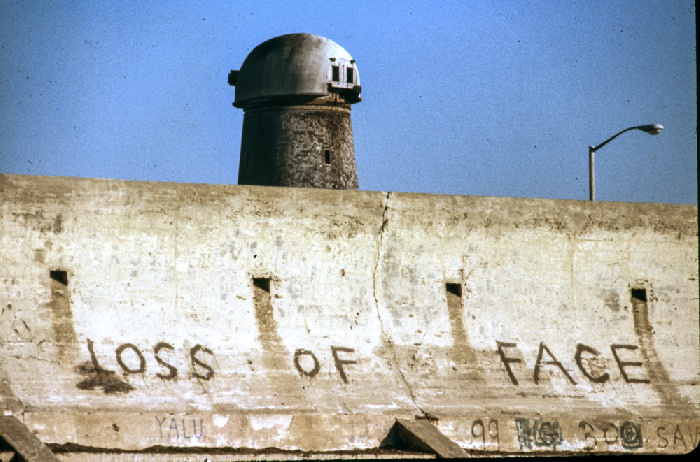 Fashion can be relied upon to change. This Golden Gate Park meadow view with the Sharon Building and carousel behind looks the same. The artfully posed trio, however, could only be living in the early 1970s. 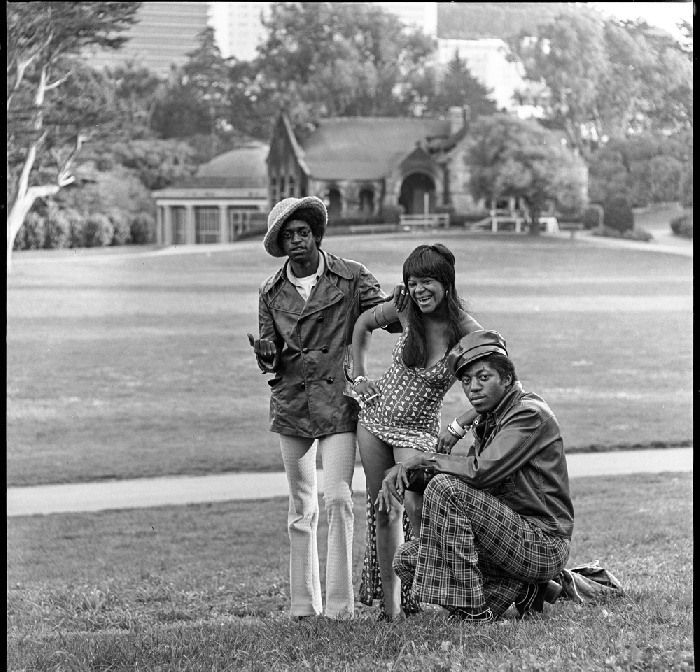 Then again, one has to have a keen eye to date this shot. For all I know, these men are still huddled around their xiangqi game at Portsmouth Square: 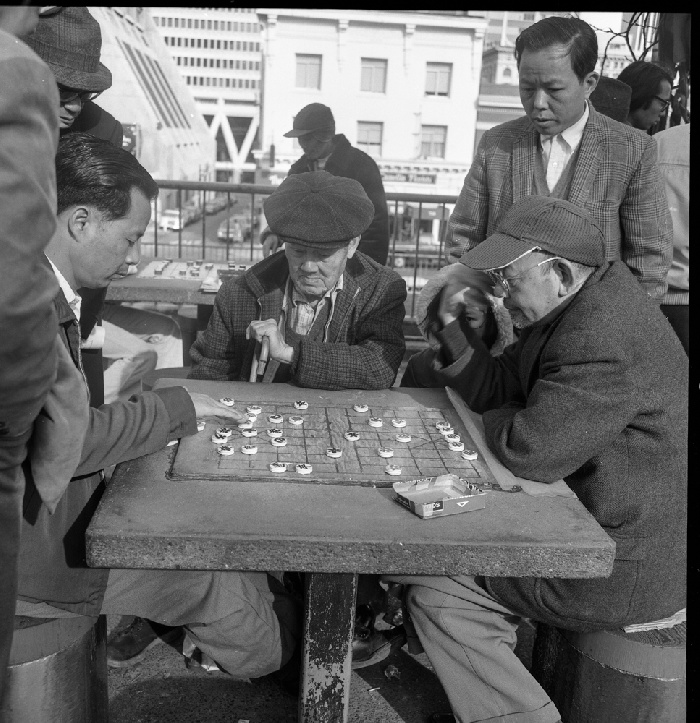 Greg had such a keen eye for characters and composition that stories wrote themselves in viewing his photographs of people. In our final shot, this Union Square quartet is no doubt cooling their heels between takes of a caper or heist movie. “One last job, Morty, and then I’m quitting the business.” 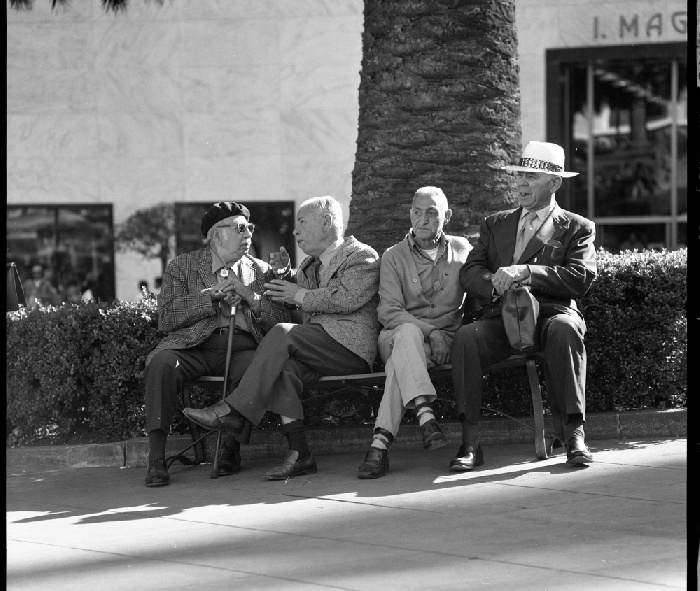