I love hiking in San Francisco in later autumn and winter, especially on clear days. Prime destinations to enjoy the angled sunlight and crisp air are found on Twin Peaks, Bernal Heights, and Lands End. One prime viewpoint for San Franciscans of the 1890s is now lost to us (outside of old photographs): an odd amphitheater in Golden Gate Park known as Sweeny Observatory.

Thanks to a bequest of $8,000 from Thomas U. Sweeny, on September 9, 1891, a castellated observatory of red-tinted concrete was dedicated atop Strawberry Hill, the prominence that Stow Lake now encircles. The trees that one needs to peek around today were yet to come; at the time, the 409-foot high hill was mostly bare and named for the wild strawberries that grew on its slopes. 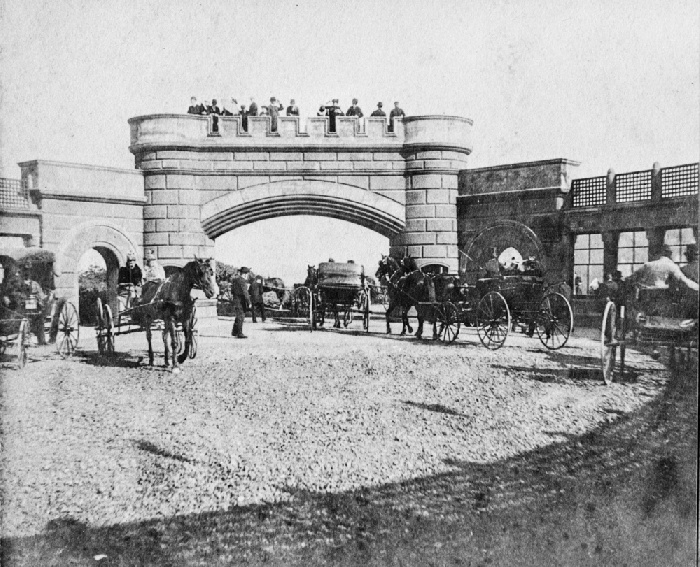 Sweeny Observatory shortly after opening in 1891. The glassed-in second story around the sides is yet to be added. (wnp37.00588-L.jpg, copy negative of a stereocard, courtesy of a private collector.)

We think of observatories as homes for telescopes, but Sweeny’s edifice was more of an arcaded windbreak for the hilltop. A gravel path wound up and led carriages right into the center of the circular amphitheater. From a distance, the observatory appeared as a decorative crown on the hill or a half-collapsed fortification from antiquity. A glassed-in second story was added in 1892 to accommodate more guests at a time and offer a more elevated view. A plaque set on a crenelated entry arch read “Park Panorama, Gift of Thos. U. Sweeny, 1891.”

Now we take it for granted that wealthy donors have their names on hospitals, schools, museum wings, and park elements. From Alvord Lake to the Murphy Windmill, just about every lake, grove, path, and gate in Golden Gate Park has a rich person’s name on it. Sweeny’s donation was perhaps the first in the park with a proviso that his name be attached. Golden Gate Park historian Ray Clary wrote in The Making of Golden Gate Park. The Early Years: 1865-1906 that when the park commission accepted both Sweeny’s offer and naming condition they were “completely reversing former park policy that the park was to be rustic in nature and that all forms of personal advertisement and self-aggrandizement were to be prohibited.”

Clary also mentions that the observatory greatly offended the first park superintendent, William Hammond Hall, who designed the park to be naturalistic and free of monuments such as castle observatories. 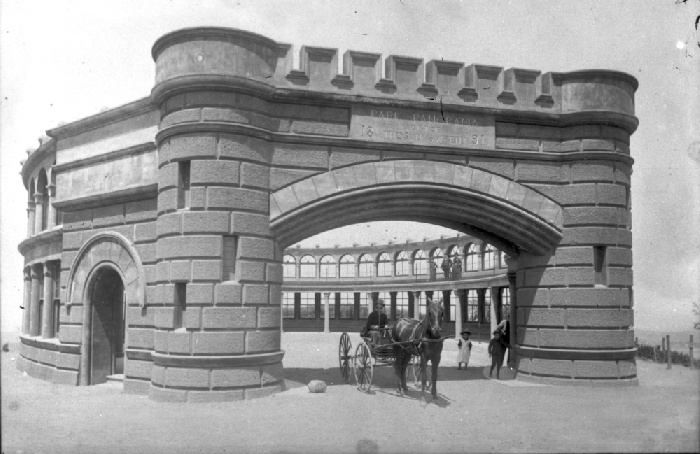 Southeast side of Sweeny Observatory about 1893, with second story completed. (wnp26.397, photograph by Isaiah West Taber, copy negative courtesy of a private collector.) 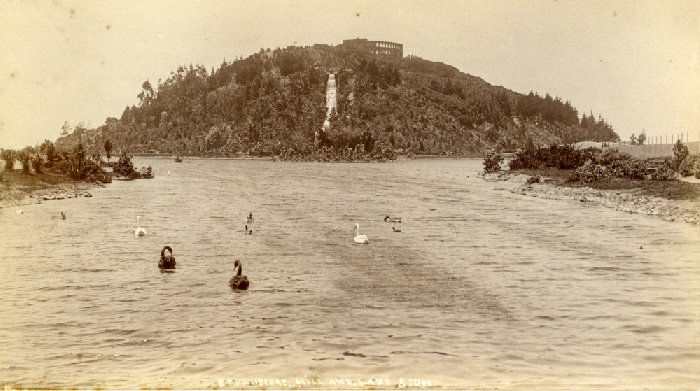 The floodgates to naming opportunities were now wide open. Huntington Falls were made to drop from a holding pool in front of Sweeny Observatory down to the new Stow Lake, and a full and picturesque reimagining of scrubby Strawberry Hill was completed for Midwinter Fair visitors to enjoy in 1894.

Sweeny (whose name was often spelled “Sweeney”) owned a lot of land in today’s Inner Sunset District. From his home, about where 7th Avenue and Judah Street meet today, he had a clear view of his observatory until his death in January 1900. A bequest in his will to “complete” the edifice was successfully contested by Sweeny’s heirs, despite a Park Commission suit to recover it.

The observatory met its practical end on the morning of April 18, 1906, when the great earthquake made the folly a true ruin. William Hammond Hall, according to Clary, saw divine justice: “Apparently, a Higher Power has taken matters into His own hands.” 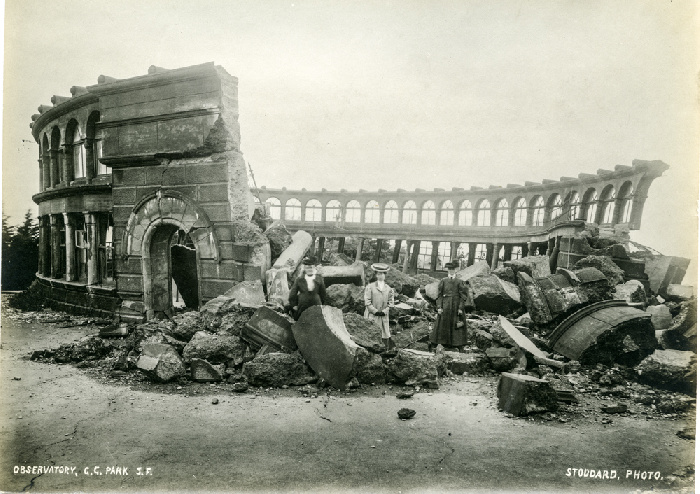 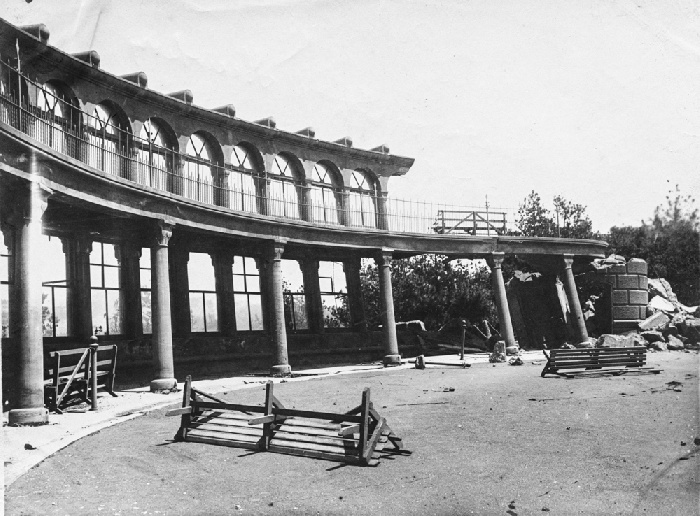 For many decades the remains of the observatory moldered in a heap at the top of Strawberry Hill. Gardeners mined chunks to use as border walls and fill throughout the park. Even into the late twentieth century a notable pile of concrete remained to give testament to its existence. Today, one is hard-pressed to find any sign, and Sweeny’s name is unknown to all but a few historians. 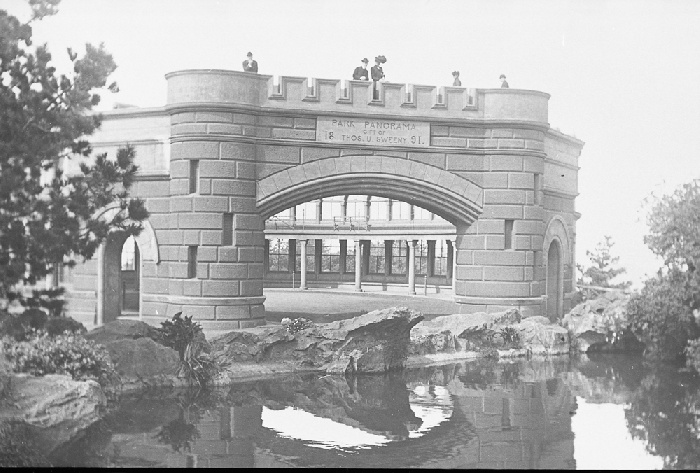