My dad used to tell me how, as a young guy in the late 1950s and early 1960s, he’d prove he was tough by going with his "hoodlum friends" to Eureka Valley. The bars around Castro and Market had patrons who worked hard as longshoremen, in the trades, and in South of Market and Embarcadero warehouses. They also worked hard at drinking and had a low tolerance for kids in leather jackets from the Richmond District.

Men, leather jackets, and drinking are still to be found in what today is the Castro, but with a different flavor than my father’s youth. Oh, and more naked pedestrians. 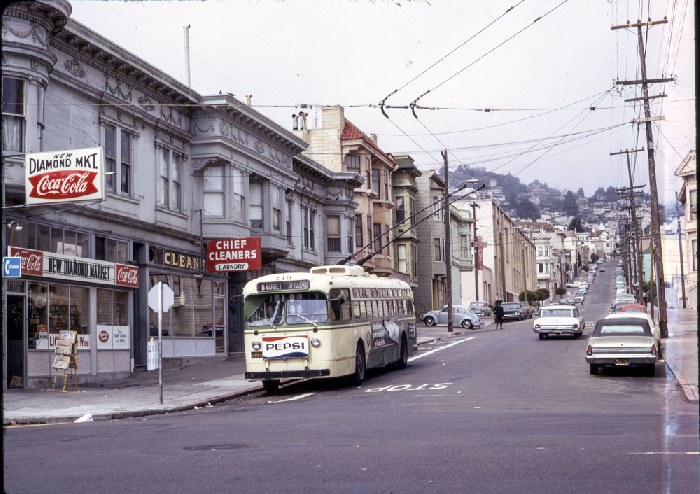 The image above, looking west on 19th Street from Castro, gives a good feeling for the slightly worn Eureka Valley neighborhood just before some big changes arrived. The handsome Victorian apartment building on the corner that housed the New Diamond Market and Chief Cleaners in 1970, is now alive with boutique businesses: hairstylist, café, spa, fine wine purveyors. (Castro Street Cleaners does continue the dry cleaning legacy.) The storefront church that had the “Jesus Saves” cross neon sign up the street on the corner of 19th and Collingwood is today “Spunk,” a barber and hair salon. 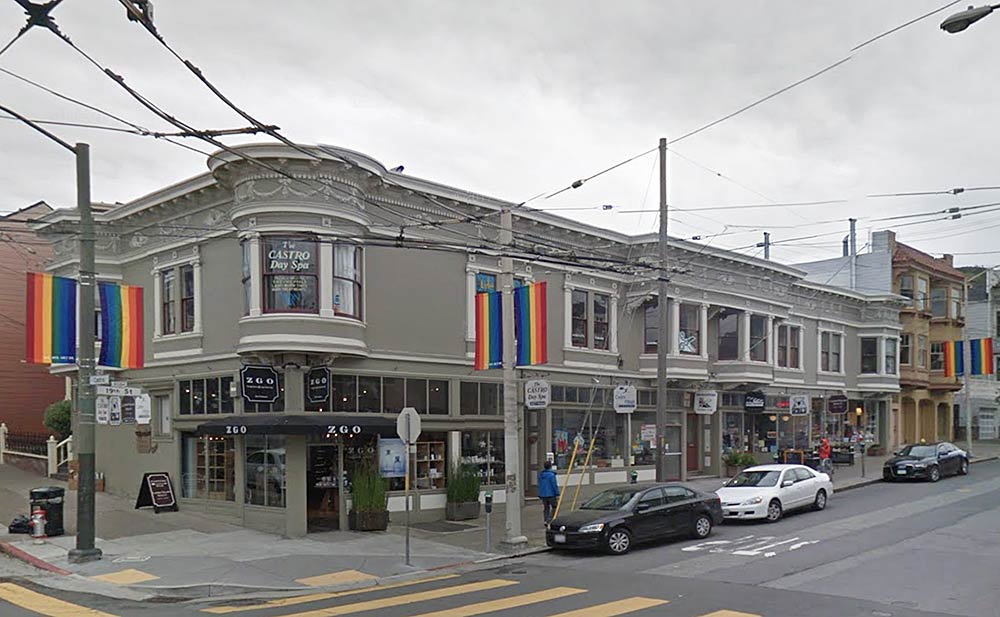 Cousins on my mom’s side owned a barber shop and Oasis Liquors on 18th Street near Diamond Street, and only sold the building a couple of years ago. (Q Cuts and Five Star Truffles occupy the storefronts now). Family members lived upstairs and just walked down a few steps to open the store in the morning. They attended Most Holy Redeemer Catholic Church. Neighborhood kids had the run of the streets.

For all the changes that swept through the city top to bottom, east to west, in the 1960s and 1970s, the transformation of Eureka Valley into an internationally known haven for LGBTQ communities was one of the most dramatic.

My father had made his own transformation from hoodlum to law enforcement officer, and gave credit where he felt it was due. Gay men and women remade a worn and shabby neighborhood into a vibrant one. Large nineteenth-century Victorian homes that had been subdivided and covered with asbestos shingles or lumpy stucco were restored with paint and gilt.

Change is always controversial, even good change. For the 1970s versions of what today is the Pride Parade, my cousins on 18th Street open bottles of white wine and settled on the upstairs porch to enjoy the show. But many of the old-time Eureka Valley people weren’t happy having their quiet neighborhood become the international capital of gay and lesbian pride, whether because of plain homophobic prejudice or a more justifiable frustration with the neighborhood becoming a 24-hour-a-day party in new bars and dance clubs. (Ah, the late 1970s…)

When I first read the word “gentrification” in the early 1980s, the newspaper story was about the Castro. There were downsides to popularity and new money pouring into an old neighborhood. In 1979, one could get a two-bedroom flat for $175. A two-bedroom house was about $160,000. By 1984, some of those old Victorians were going for as high as $250,000. People were shocked. Defining a neighborhood (and a city) loved and claimed by so many is a continuing challenge.

Similar issues abound today, but some arguments have been settled. The name Eureka Valley is pretty much gone, as the sign in an apartment window on the corner of 19th Street and Castro proclaims (with a rainbow font and Barbie dolls below): “It’s Castro, Bitch!” 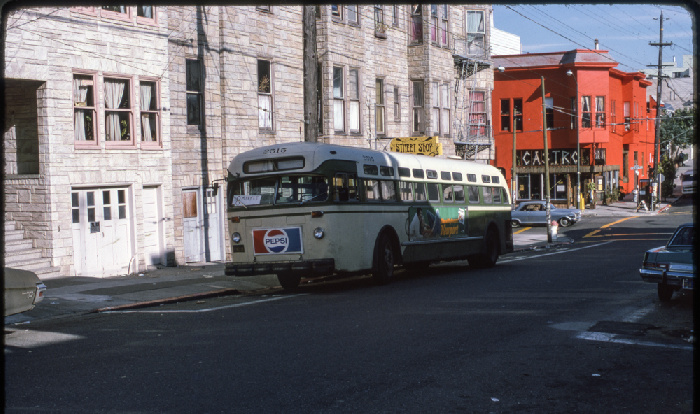 Another 8-line bus parked across the street five years later in January 1975. The gray perma-stone cladding on that building is apparently with us forever. “Castro” fern bar is open for business on the northeast corner of 19th and Castro Streets. (wnp25.2509, 35mm slide image courtesy of a private collector)