Researching a local found in an OpenSFHistory image.

Gertrude Barnett, born and raised in San Francisco, was the daughter of a German immigrant named Mary. Just fourteen-years-old in 1906, Gertrude celebrated her graduation from John Swift Grammar School in an unusual fashion. A mere two months after San Francisco was devastated by a massive earthquake, it must have been difficult to find a building safe enough to accommodate a large event. So public schools in the San Francisco Bay Area staged a joint graduation ceremony for 1,700 students in Golden Gate Park. An estimated 30,000 to 40,000 attendees heard addresses made by Mayor Eugene Schmitz and representatives from the United School District, and listened to music provided by the Golden Gate Park Band led by Paul Steindorff. 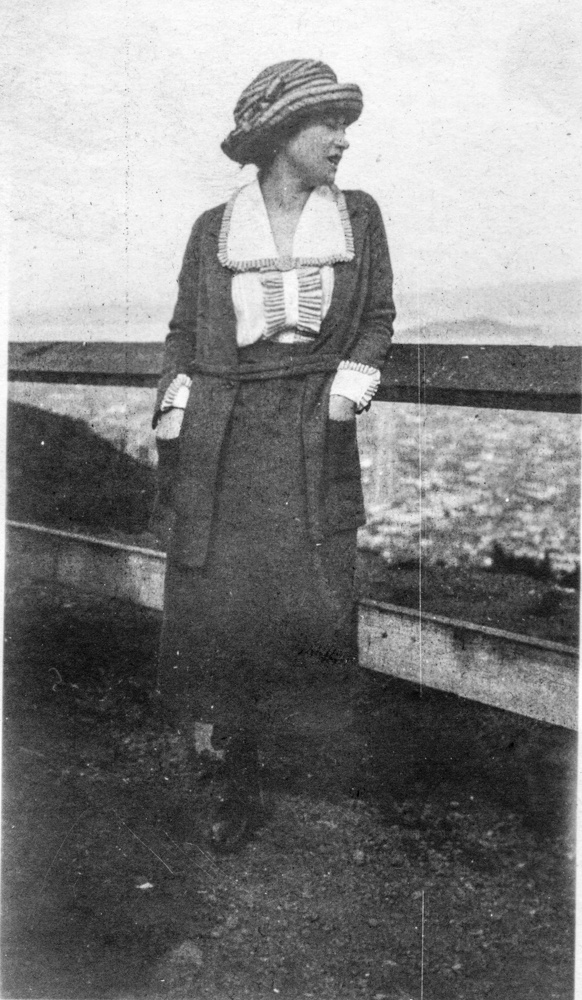 In addition to Gertrude, mother Mary looked after three boys—Jess, Mark, and Irving—in the mysterious absence of a husband. The Barnetts were part of the “smart set,” with Gertrude appearing in the society section of the San Francisco Chronicle for receiving guests at a friend’s engagement party in December 1913.

As war broke out in Europe, Gertrude’s brother Jess preempted U.S. involvement by volunteering for the Canadian military. He was assigned to the 72nd Canadian Seaforth Highlanders, and, according to the San Francisco Chronicle, was the first San Franciscan to serve in France. Injured, he was twice sent to a military hospital in London to recover. Gertrude gave him the name and address of an old friend who had lived on Jersey Street at Vicksburg (just around the corner from the Barnett home on 24th Street and Vicksburg), but now lived in England. Jess dutifully looked up this friend, Yetta Sylvester, during his first convalescence, and, when he found himself injured and recovering a second time, he visited her daily. When Jess visited his mother Mary in the summer of 1918 he must have been smitten with Yetta, if not exhausted from war, because he returned to France on November 2—nine days before the cease of hostilities. A month later, he married Yetta.

Gertrude spent the war in San Francisco, living at 1450 Clay Street with her mother and two brothers, Mark and Irving. In 1923, around when our photograph was taken of Gertrude on top of Twin Peaks, she invented and patented a thoroughly modern teapot that looks quite similar to a handbag. She survived a depressed 1930s but seems to have weathered the 1940s a bit worse for the wear. Around 1944, Gertrude began exhibiting “nervous” symptoms under the care of a Dr. Leeds, and occasionally found herself in the hospital. Yet she pops up in the San Francisco Examiner during the second World War at events hosted by the Western Women’s Club and the Society for Sanity in Art which, hilariously, was an American artist’s society opposed to all forms of modern art.

Gertrude remained unmarried and falls off our historical radar until 1959, when she’s struck by a vehicle while crossing the street. Represented by the law firm of Barnett & Robertson (perhaps of relation?), she sues the driver, William E. Keilig. She wins and Kelig is found at fault, but conflicting eyewitness testimony casts doubt on the severity of her injuries, and her claim that the accident had left her “nervous and emotionally upset” was undermined by medical records proving she had suffered from those symptoms for some time. Gertrude appeals the low award of $1,500, but it is upheld. 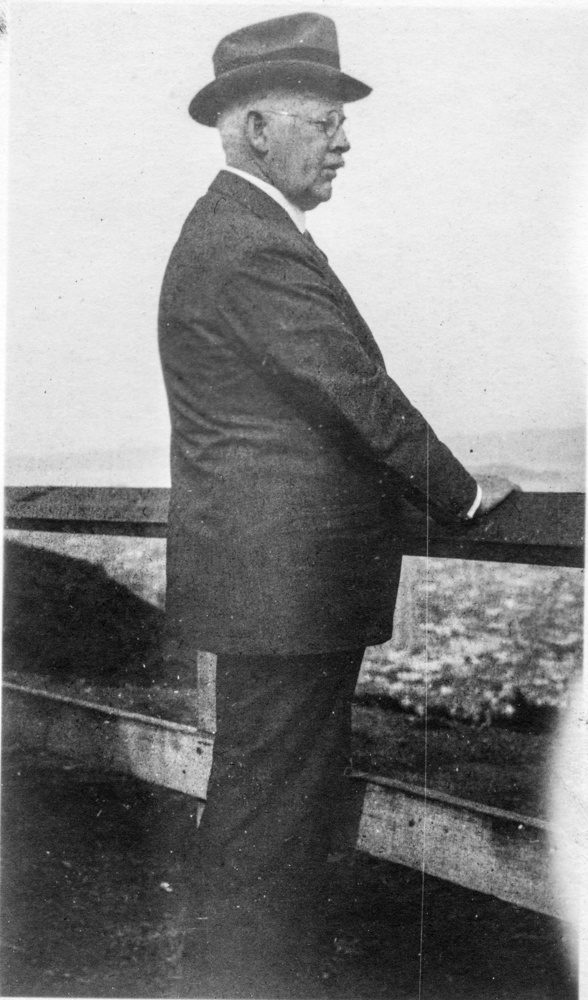 Nothing more is known about Gertrude or how she knows George Hughes, who surveys San Francisco beside her from atop Twin Peaks. Do you know more of her story? Email nicole@outsidelands.org or send us a tip using the contact button on the display page of her photo.